Then and Now: Warsaw houses restored after World War II 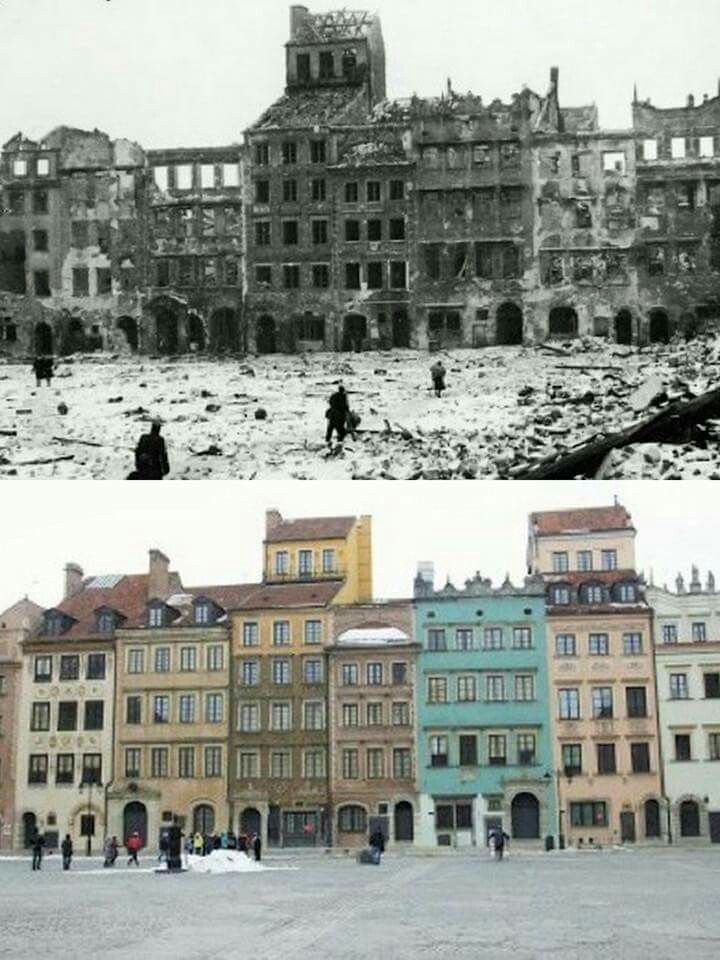 Ruined Warsaw buildings in 1945, rebuilt and photographed in 2016.

Warsaw was effectively flattened by German forces by late 1944, with more than 80% of buildings reported to have been destroyed, but the Polish Capital was rebuilt by the 1970s with the remarkable effort of its people.