Then and Now: Ludendorff Bridge at Remagen 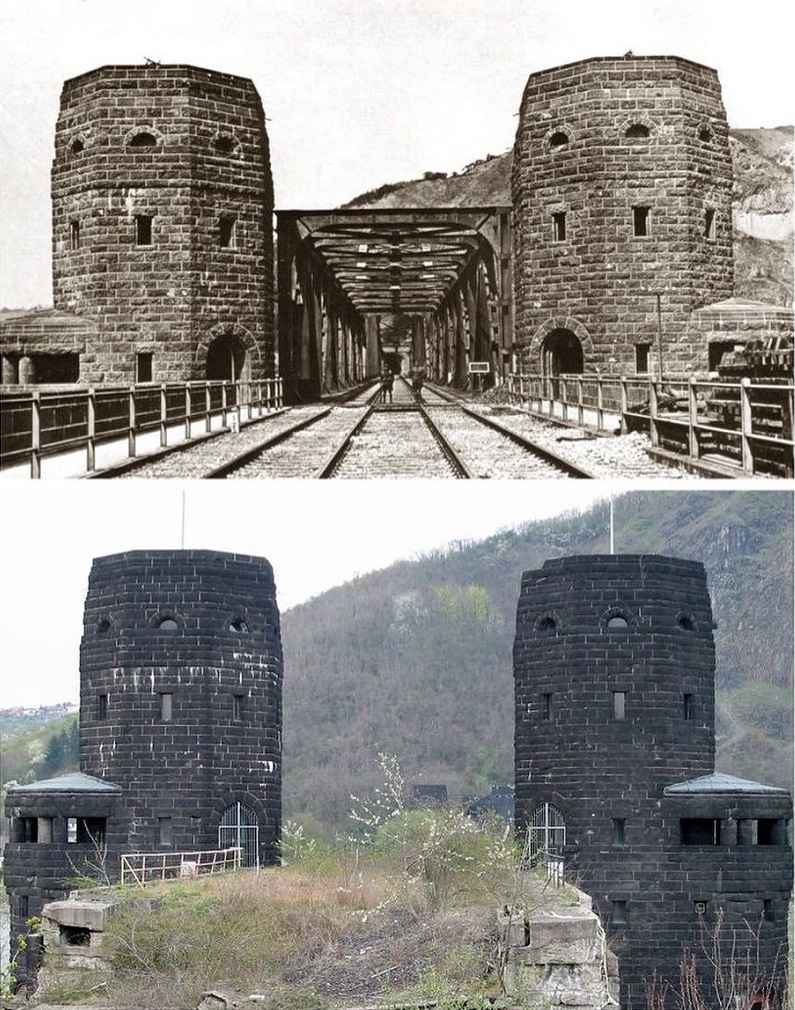 The Ludendorff Bridge pictured in 1945, compared to modern times. The Bridge was built in World War One at Remagen, Germany, to help German movements over the Rhine river.

In early March 1945, it was a critical bridge still left standing, as the Allies achieved a surprisingly quick advance towards the Rhine. They were surprised to see the bridge had not yet been demolished. The Germans tried to blow it up, but some of the explosives failed, and so US troops were able to capture it unexpectedly.

The Germans continued their desperate attempts to demolish the bridge, employing everything at their disposal, including new weapons and tactics, and finally did so on March 17th. But the Allies had already moved divisions across the Rhine and had built improvised bridges over the river.

It is widely agreed that the battle of Remagen significantly shortened the war in Europe.