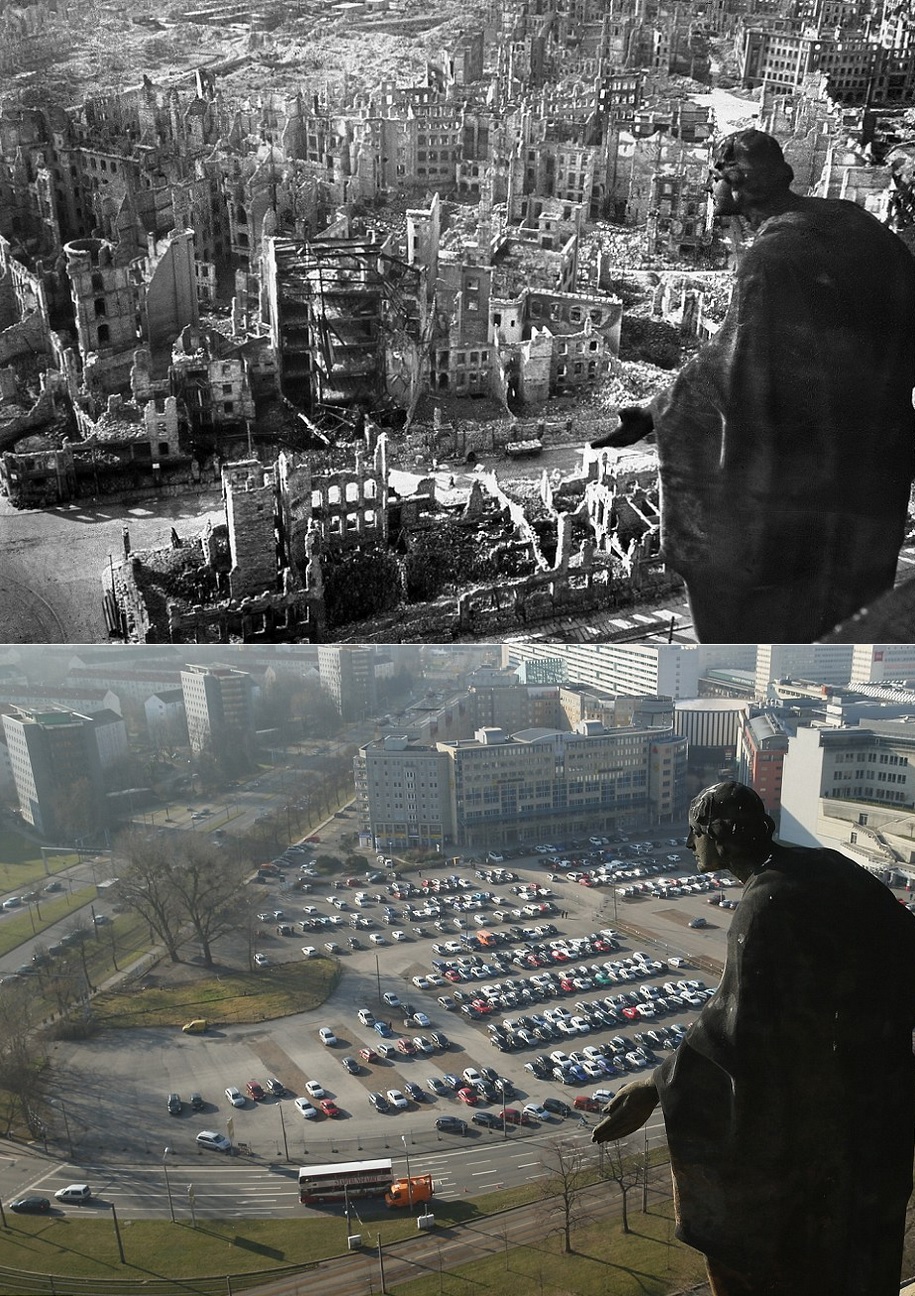 The bombing of Dresden (13-15 February 1945) has been a highly controversial topic of debate over the years. Trying to force Germany into submission, the British and the Americans bombed a civilian city with little strategic importance, killing around 25.000 civilians in the process.

During and after the war propaganda from both sides tried to either justify the attack, or to label it as a war crime or mass murder. As it is usually the case, the truth seems to fall somewhere in the middle, but with both sides telling their own story, the waters have been muddied, and opinions about the event seem to fall into an extreme or the other.

While there were indeed rather minor strategic objectives, like railroads, communications infrastructure and a few factories, it is hard to argue against the fact that the Allies had little to no regard for the city and its inhabitants – which can be proved by the fact that despite Dresden being virtually flattened, not all military and strategic objectives were targeted.

Many respected British and American journalists and historians had qualms about the bombing, and in intellectual circles the event produced anxiety. Sir Max Hastings wrote that the bombing was the first time public in Allied countries seriously questioned the military tactics used to defeat the Germans.

While controversy about the attack will likely never end, it will always be a reminder that the War was not as simple as black and white, or pure good against pure evil.