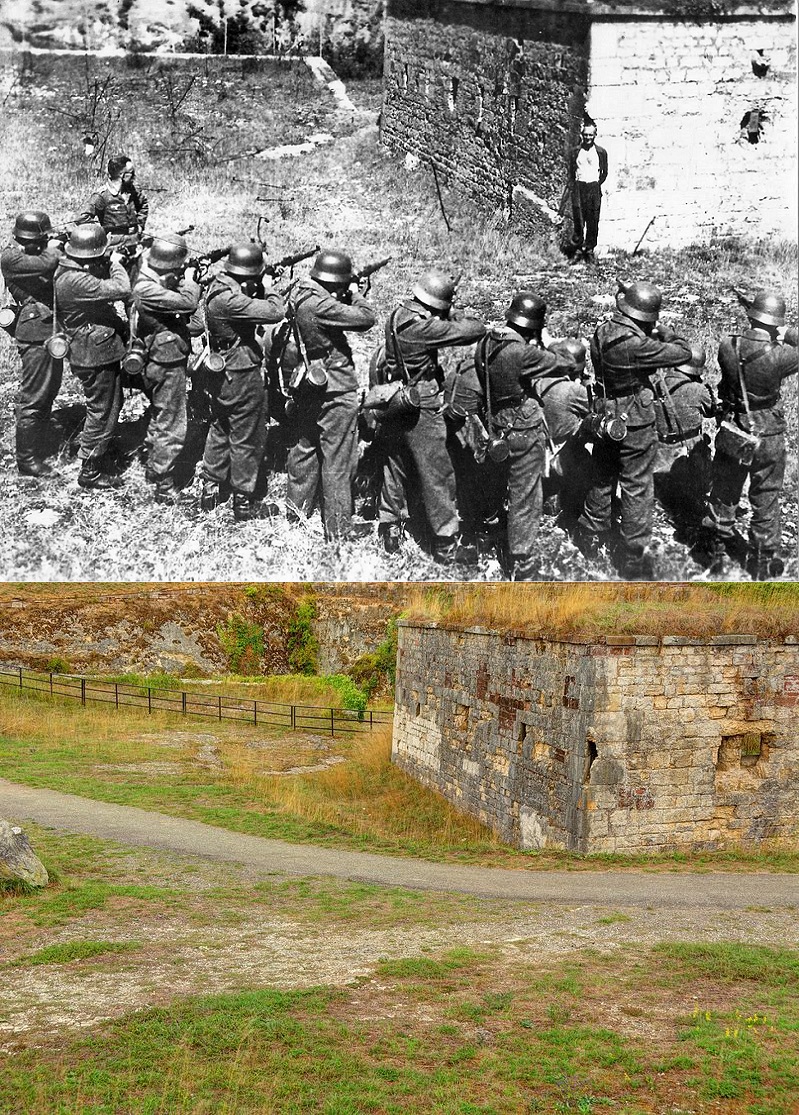 Fourth moat of the Belfort Citadel, France, the spot where Georges Blind, a member of the French resistance, smiled as he faced a German firing squad.

However, Blind was not shot. The photograph was taken during a mock execution, set up to force Blind to give up information (which by all accounts he did not).

Blind entered the resistance in 1941 and mainly provided known wanted members with weapons and information.

He perished in the Blechhamer labor camp in October 1944, aged 39-40, around two weeks after his capture.

📖 The Resistance: The French Fight Against the Nazis (Matthew Cobb, 2009)