Then and Now: Bunker turned flower shop in Alkmaar, Netherlands 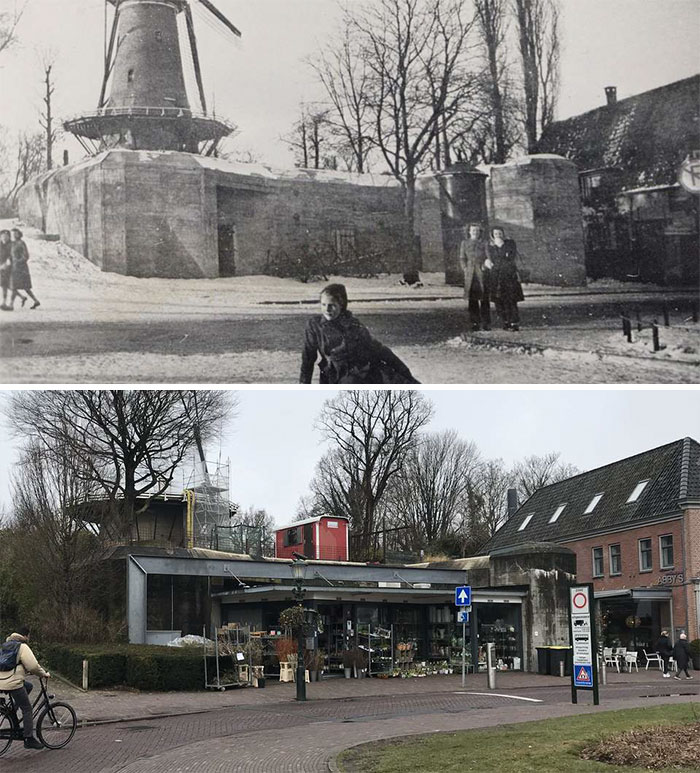 A bunker pictured during World War Two has been turned into a flower shop, 1945 vs 2018.

It seems like the windmill in the bunker was being reconditioned in the second photograph.

Alkmaar went through a rather uneventful occupation by German forces during World War Two. However, the Jewish community in the city underwent persecutions and deportations.

📖 This Faithful Book: A Diary from World War Two in the Netherlands (Madzy Brender a Brandis, 2019)