Then and Now: Bucharest North Train Station in Romania 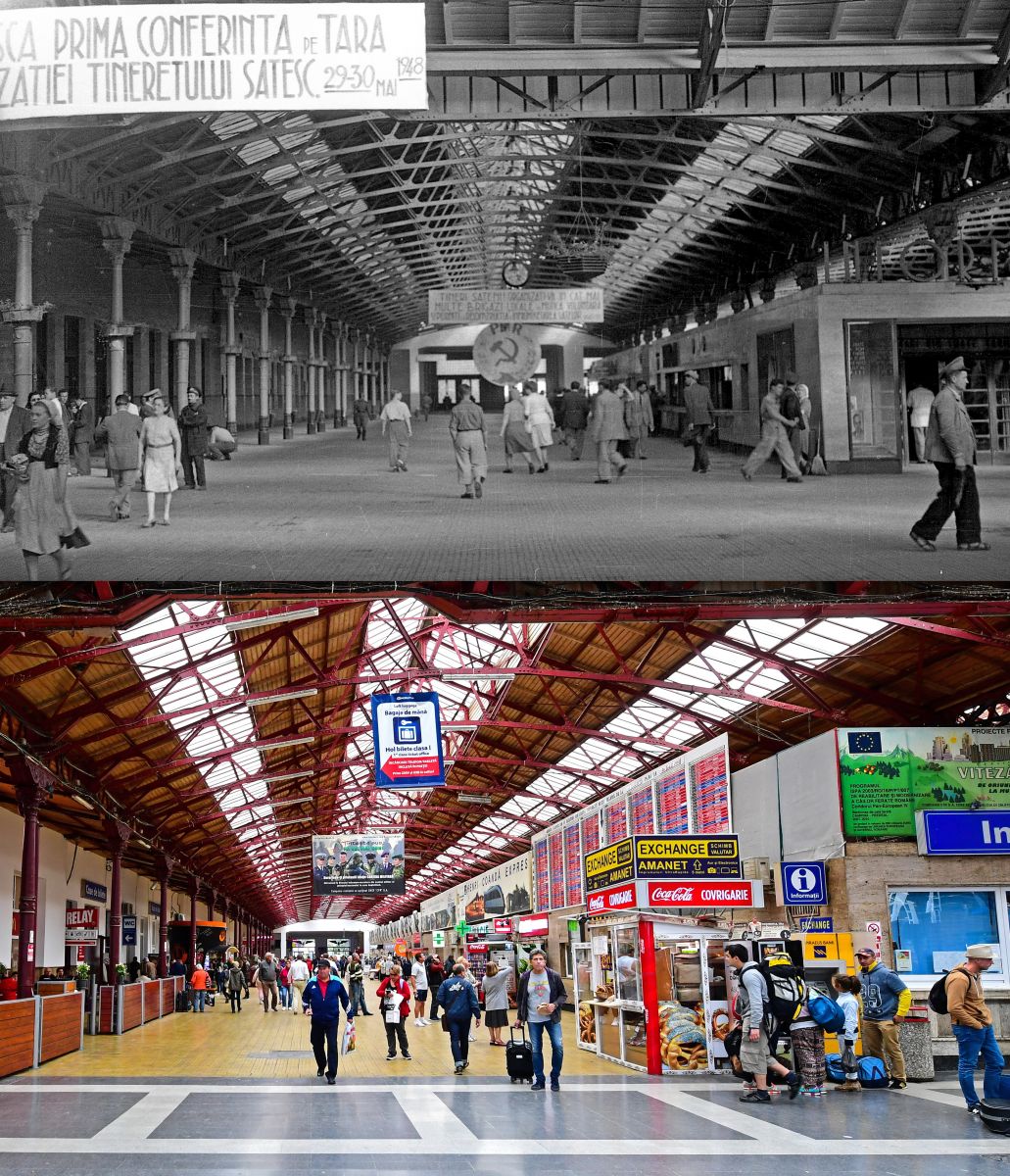 Bucharest North Train Station, the largest railway station in Romania, Spring of 1948 (according to the top-left banner) vs modern times.

Notice the communist insignia in the middle of the historical photograph, and the banners which advertise some kind of conference for a youth organization. By 1948, King Michael I had been forced to abdicate and Romania was under communist rule, which lasted until the Revolution in December 1989.

Romania (previously fighting for the Axis powers under Marshal Ion Antonescu) switched sides in 1944 after a coup by King Michael I, joining the Allied war effort, as the Soviets were at its doorstep.

After the War, the Western Allies were quick in trading away Romania to the Soviet Union. King Michael said on multiple instances that, while he understands why Winston Churchill thought that was a good strategy from the British perspective, he will never forgive him for that. The King stated that there were no disputes about Romania’s independence at the Yalta Conference, and it was Churchill who considered it normal and acceptable to cast aside the country under Soviet influence. He further commented that the people of Europe for whom the Allies supposedly entered the war were the ones who were abandoned and had to suffer the consequences.