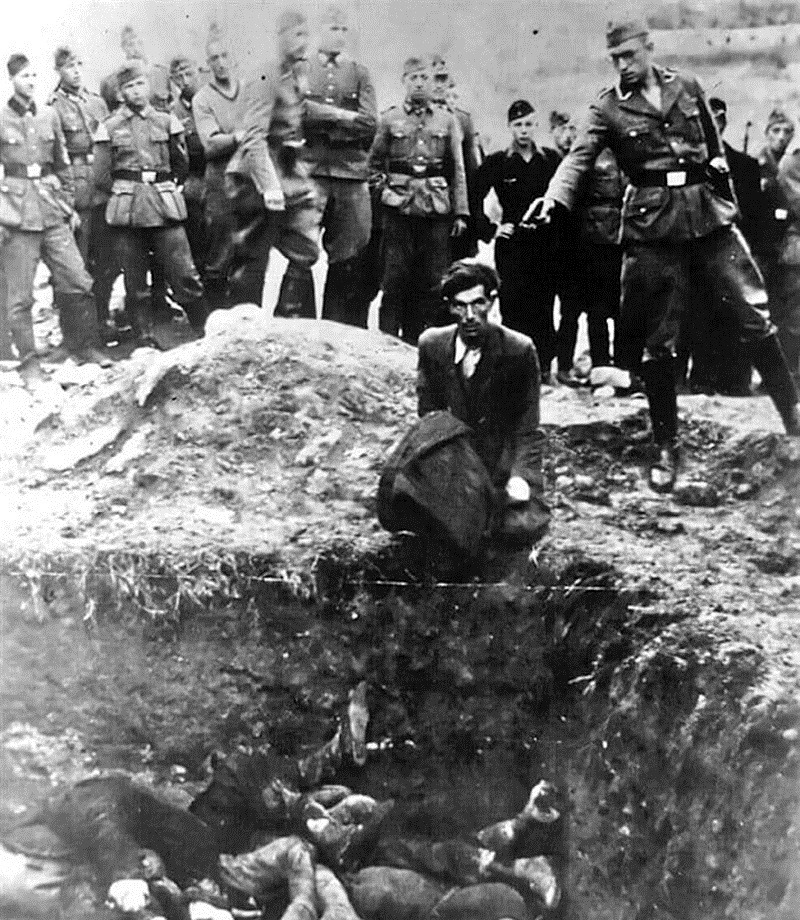 The last Jew in Vinnitsa is a famous photograph taken during the Holocaust in Ukraine near the town of Vinnitsa (Vinnytsia).

In the photo we see a man awaiting execution by the Einsatzgruppen beside a mass grave. The photograph is dated sometime between 1941 and 1943. For more information about it you can simply google “The last Jew in Vinnitsa”.

The Einsatzgruppen were mobile SS paramilitary death squads which followed behind the army on the Eastern Front and executed Jews and other minorities / people, under the command of Heinrich Himmler and Reinhard Heydrich.

The Einsatzgruppen committed some of the worst atrocities in the war. Eyewitness testimonies are troubling, some of them even by Wehrmacht soldiers which happened to stumble upon the executions (they claimed they didn’t understand what was happening and why, many believed the victims were partisans). Sometimes locals were used to dig graves or for other jobs, and some participated willingly.

📖 Masters of Death: The SS-Einsatzgruppen and the Invention of the Holocaust (Richard Rodes, 2002)