Swedish boy runs for his father at a parade in Stokholm, 1941 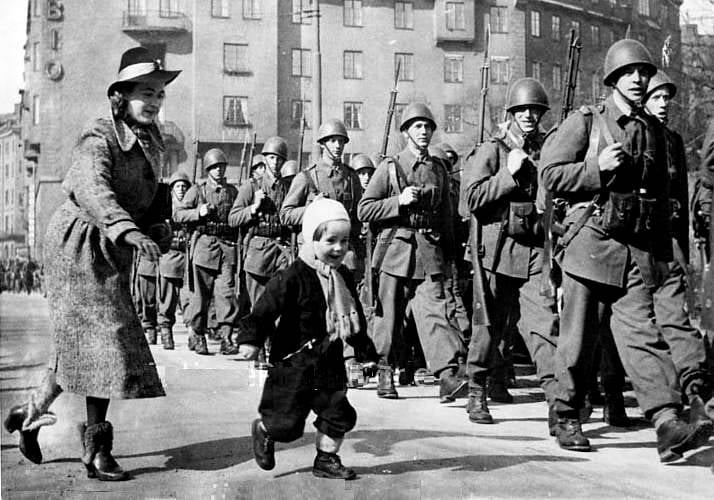 Swedish boy runs ahead of his mother towards the parade in which his father is marching. June 19th, 1941, Stockholm.

Sweden maintained neutrality throughout World War II, although it did make a few concessions, initially to Germany, and then to the Western Allies.

Sweden sold large quantities of iron ore to Germany, and also allowed transport of German personnel and weapons via Swedish railways at the start of Operation Barbarossa (Summer of 1941). Later, in 1943-1945, Sweden shared intelligence with the Allies, while also allowing them to use Swedish airbases and helping to train refugees from Denmark and Norway for the Allied cause.