Soviet troops charge in an attempt to break the German siege of Leningrad, January 1st, 1943 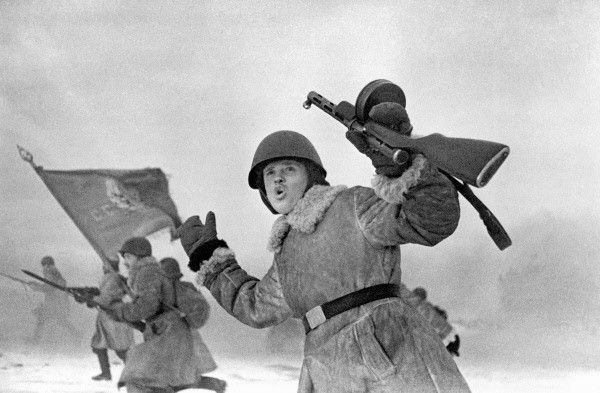 Soviet troops pictured during a charge near Leningrad on January 1st, 1943, as their attempts to break the German siege of the city were becoming increasingly vigorous.

The soldier in the foreground is holding a PPD-40 submachine gun.