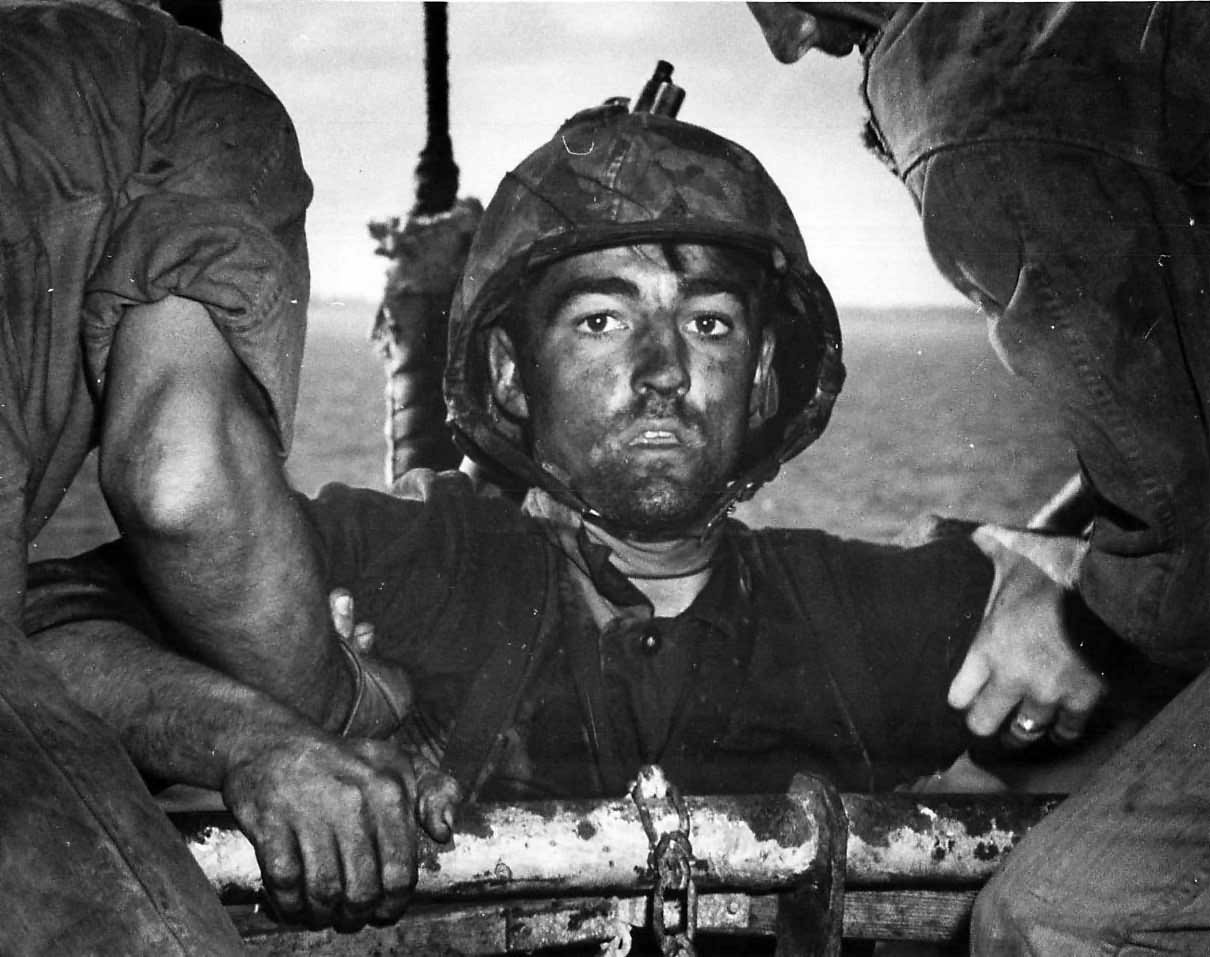 The thousand-yard stare is a phrase used to describe the blank, emotionless and hopeless gaze of certain trauma victims, or people struggling with mental health issues.

Sadly, Private Miller was killed just a few weeks after this photograph was taken, during the invasion of Ebon Atoll on March 24th 1944 – shortly after his 19th birthday.