Russian old lady crying during the siege of Leningrad 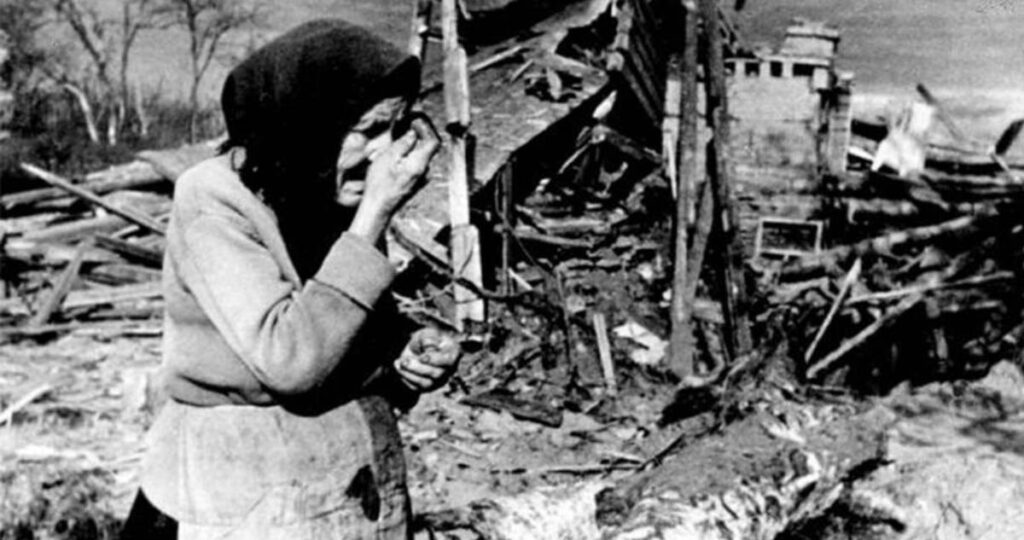 An old Russian lady sobbing among ruins during the siege of Leningrad.

📖 Leningrad: A History From Beginning to End (Hourly History, 2017)