Romanian soldiers on the Eastern Front in World War Two 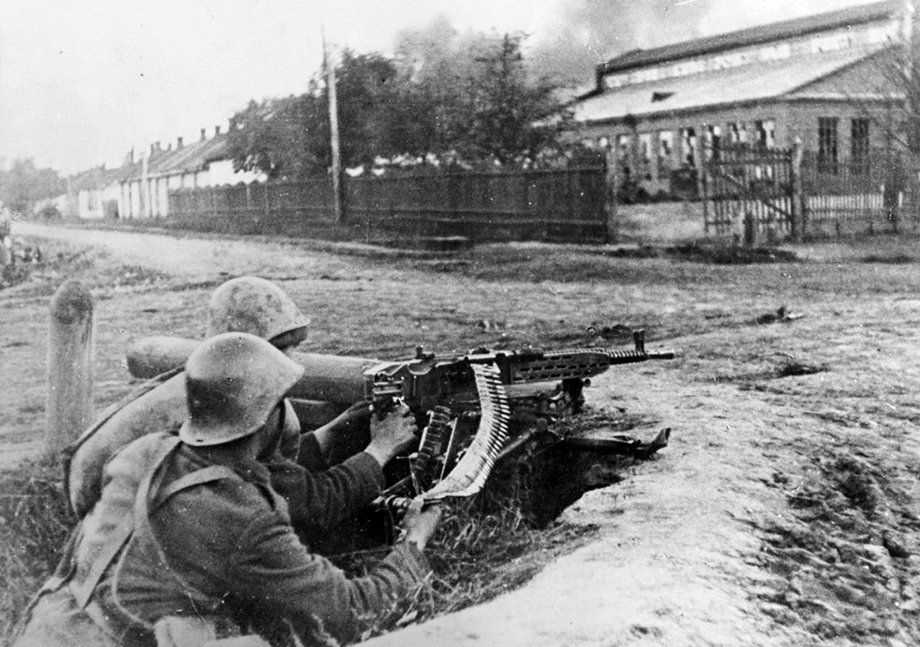 The ZB-53 was a 7.9mm caliber Czechoslovak machine gun. Following the German invasion of Czechoslovakia, many ZB-53’s were captured and used in the war under the new name of MG37(t). The weapon was also heavily used by the Romanian army.

Romania fought alongside the Axis powers in WW2 until switching sides following a coup d’etat led by King Michael I on August 23rd, 1944.