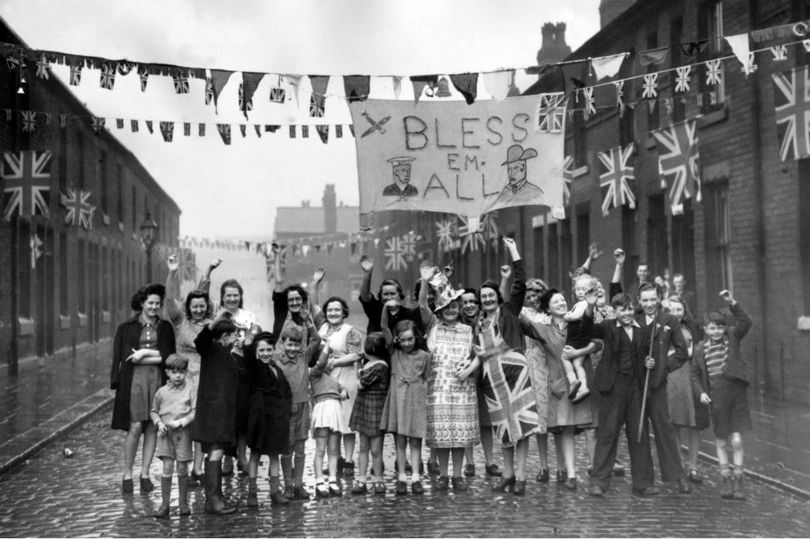 Citizens of Manchester celebrate VE Day (Victory in Europe Day) in the streets of Newton Heath District on May 8th, 1945.

VE Day marked the end of World War 2 in Europe due to Germany’s unconditional surrender on May 8th, 1945. The act of capitulation was initially signed on May 7th in Reims by Alfred Jodl (authorized by Reichsprasident Karl Donitz), but the Allies, particularly the Soviets, required an amended and definitive version to be signed the next day in Berlin – and so May 8th is the official date of Germany’s surrender.