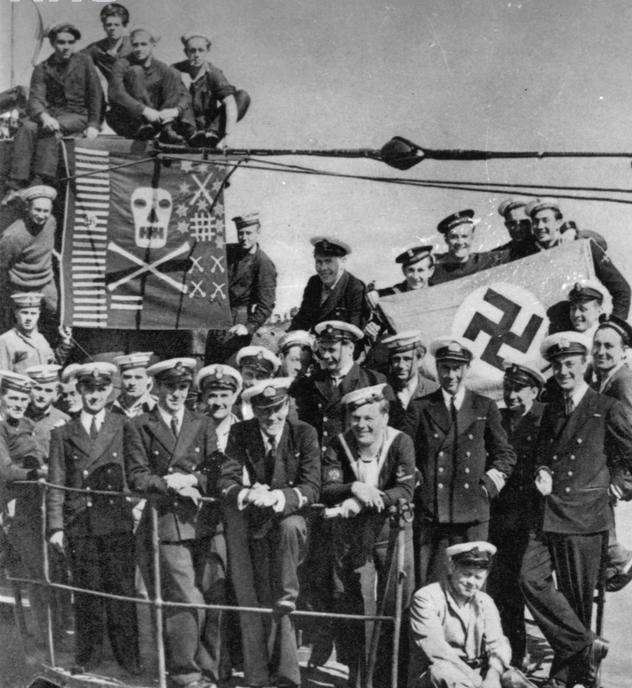 ORP Sokol N97 Polish submarine and its crew in Gibraltar, presumably sometime during 1944, with the men holding a captured German flag and a “Jolly Roger” pirate flag.

The ORP Sokol U-class submarine was built and launched by the British Royal Navy in 1940 as HMS Urchin, but was immediately leased to the Polish Navy, by which it was then renamed.

ORP Sokol served in the Mediterranean until the end of the war, usually out of the port of Malta, with notable success.

The ship was returned to the Royal Navy in 1945, regaining its original name of HMS Urchin, and served for another four years until being scraped in 1949.