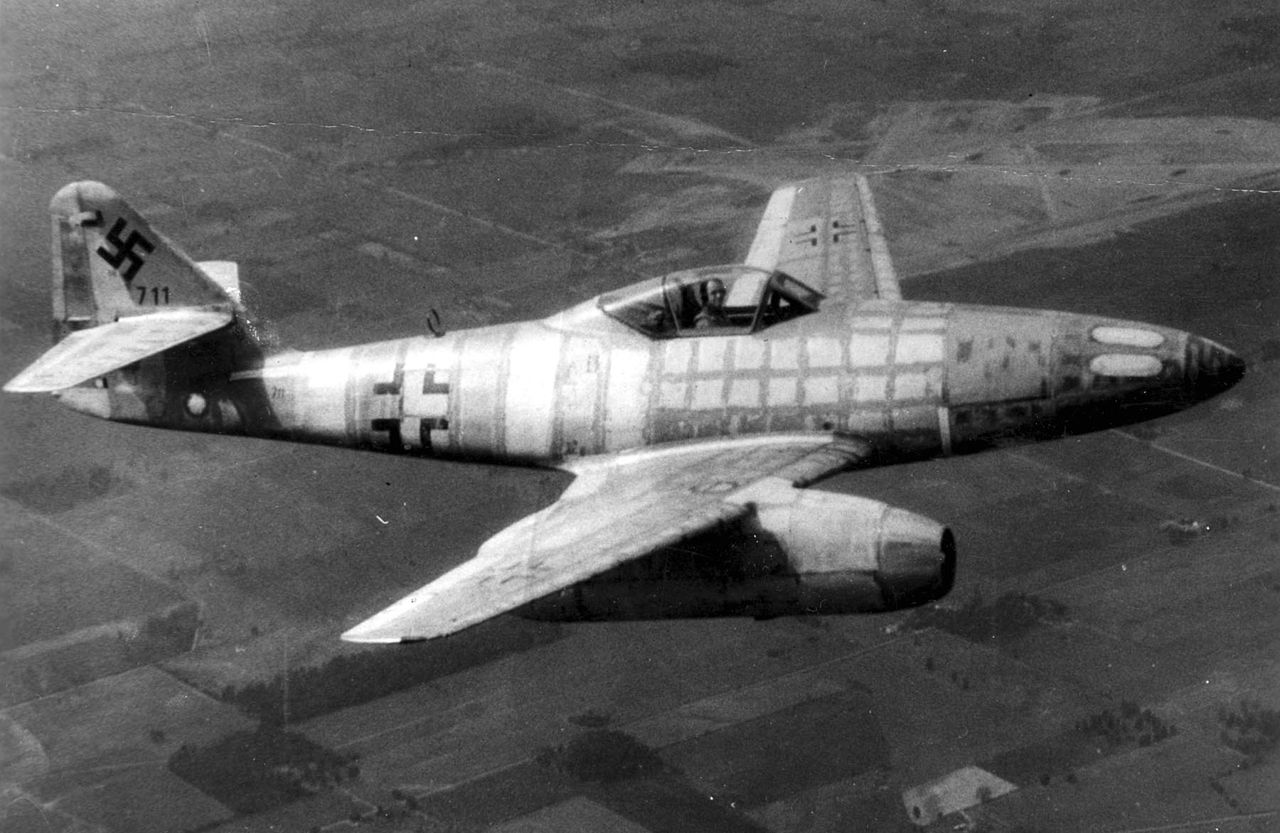 In the image we see the first Me 262 to be captured by the Allies, when the test pilot defected on March 31st, 1945. The aircraft was sent to the US for testing.

The Messerschmitt Me 262, aka Me 262 Schwalbe or Stormbird, was introduced in the Luftwaffe during April 1944 and was the world’s first operational jet powered fighter aircraft.

It was also used as a light bomber, for reconnaissance missions or as a night fighter aircraft. It was faster and more heavily armed than any Allied fighter plane.

The Me 262 was so fast, that German pilots struggled to effectively attack enemy aircrafts, and needed to develop new tactics. Luftwaffe ace Johannes Steinhoff was quoted as saying “I am too fast”.

Me 262’s impact was also affected by some reliability issues and by the problems and shortages Germany was facing at the time it was introduced late in the war. The Allies were also successful in attacking it from the ground during takeoffs and landings.

A technological marvel, ahead of its time, the Me 262 inspired and influenced many future post war aircrafts.