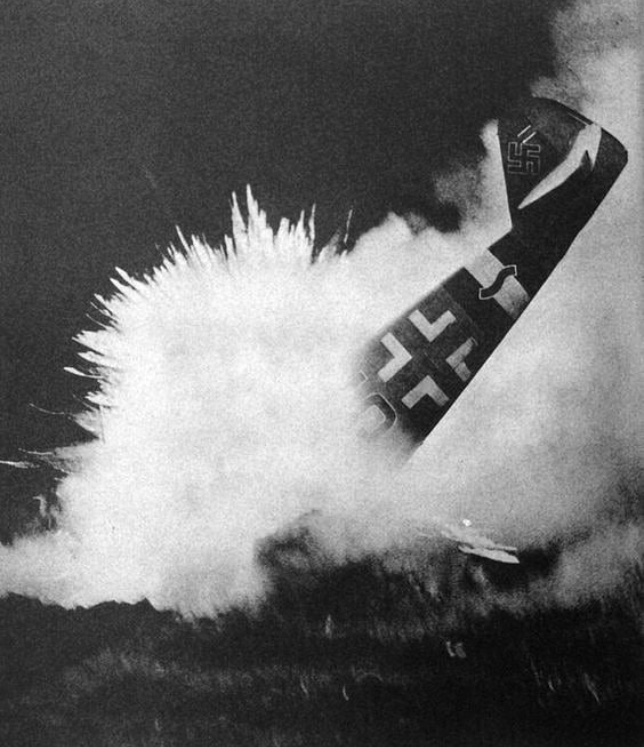 Luftwaffe Messerschmitt Bf 109 aircraft crashing in the Sea during Kanalkampf.

The Kanalkampf was a Luftwaffe operation in July – August 1940, at the start of the Battle of Britain, in which Germany aimed to claim superiority over the English Channel and to draw out the Royal Air Force before attacking the British mainland.

The Kanalkampf was a successful operation for Germany, and the Luftwaffe proceeded to attack Britain’s mainland in August.

However, the Luftwaffe failed to deliver a decisive blow to the Royal Air Force during the Channel fight, and eventually lost the Battle of Britain.