Message left by Germans during the Lapland War 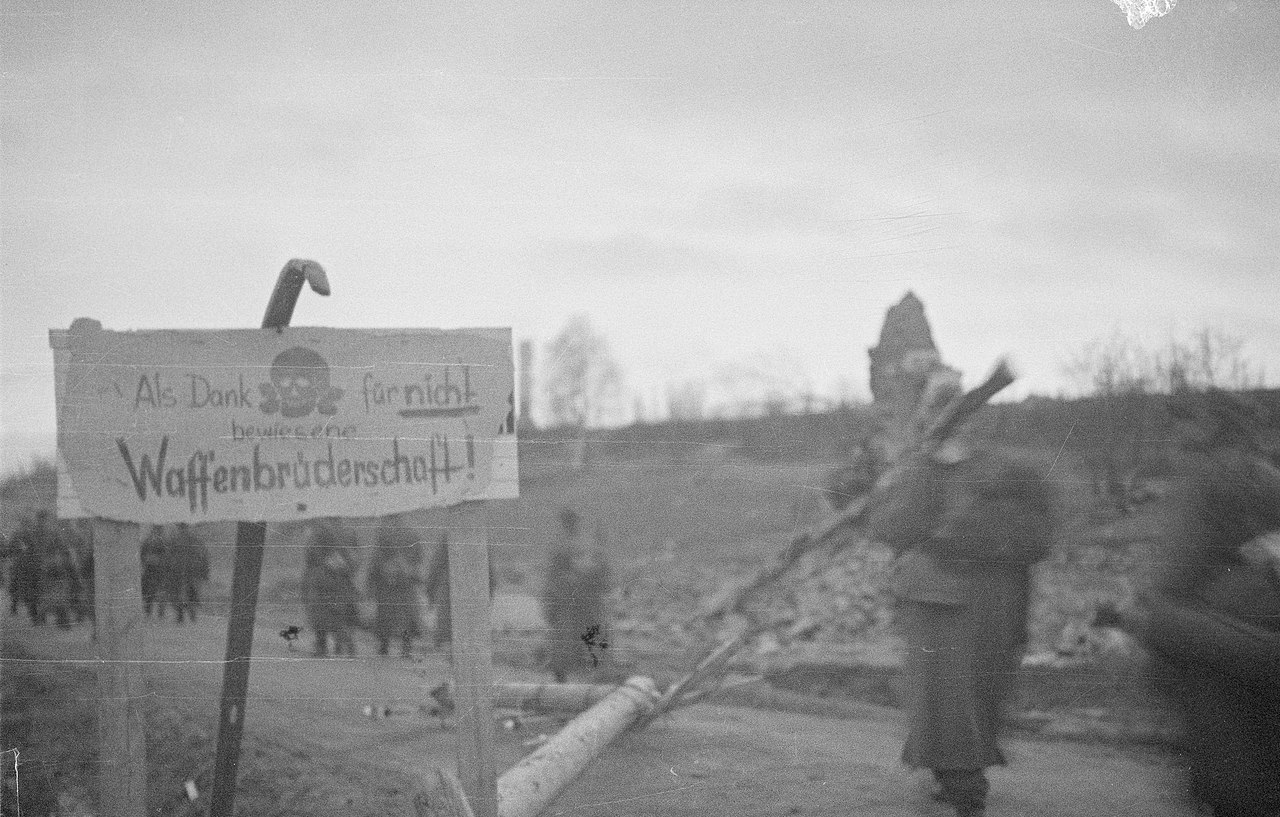 A sign left by German Soldiers as they were evacuating Finnish territory in October 1944.

The sign reads “As thanks for not demonstrating brotherhood in arms”. You could speculate that they had left some ‘gifts’ for the Finns there.

Finland and Germany had been fighting together against the Soviet Union during the Continuation War (1941-1944), but after the Moscow Armistice in September 1944, Finland had to break ties with the Germans, prompting the start of the Lapland War.

During this war, the Fins, pressured by the Soviets, attempted (and succeeded) to drive their former allies out of Finnish territory.