Member of the Kriegsmarine inspecting a cannon in Jersey, Channel Islands 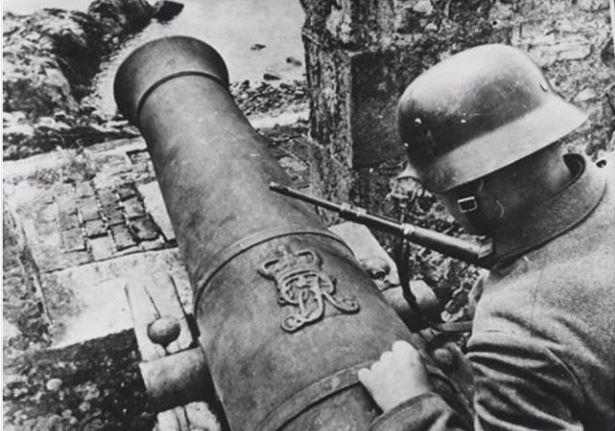 A member of the German Kriegsmarine inspecting a historical 18th century cannon in Jersey, Channel Islands, July 1940. The picture was likely taken for propaganda purposes.

The Channel Islands were the only British territory to be occupied by Germany during World War two.

Winston Churchill decided that the Islands were not worth the effort to defend after Germany won the Battle if France and demilitarised the location, while around 25.000-30.000 civilians were evacuated.