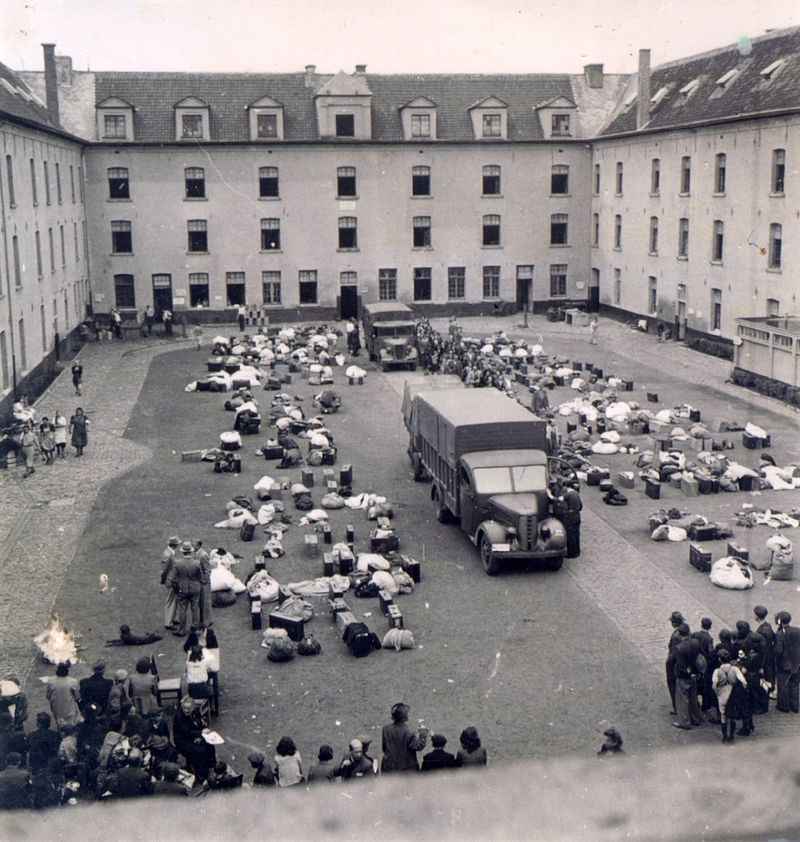 The Mechelen Camp, established in March 1942, was used for gathering and holding minorities. Particularly Jews and Gypsies were detained here before their deportation to other places. It was the only such camp in German occupied Belgium, and it is said that over 25.000 prisoners departed from Mechelen. It was abandoned in September 1944, when the Germans were compelled to withdraw from the country.

Many memoirs of Holocaust survivors are speaking about their internment in such transit camps, and the feelings of fear, confusion and uncertainty they had at the time. Many were still holding out hope, not knowing the extent of suffering which was about to come.

In the image we can see luggage scattered around the courtyard. These might be the the belongings which prisoners brought to the camp, as usually they weren’t allowed to take too many things with them when leaving for their final destinations. However, I’m just speculating here.

📖 The Twentieth Train: The True Story of the Ambush of the Death Train to Auschwitz (Marion Schreiber, 2003)