Marlene Dietrich and Rita Hayworth at the Hollywood Canteen, 1942 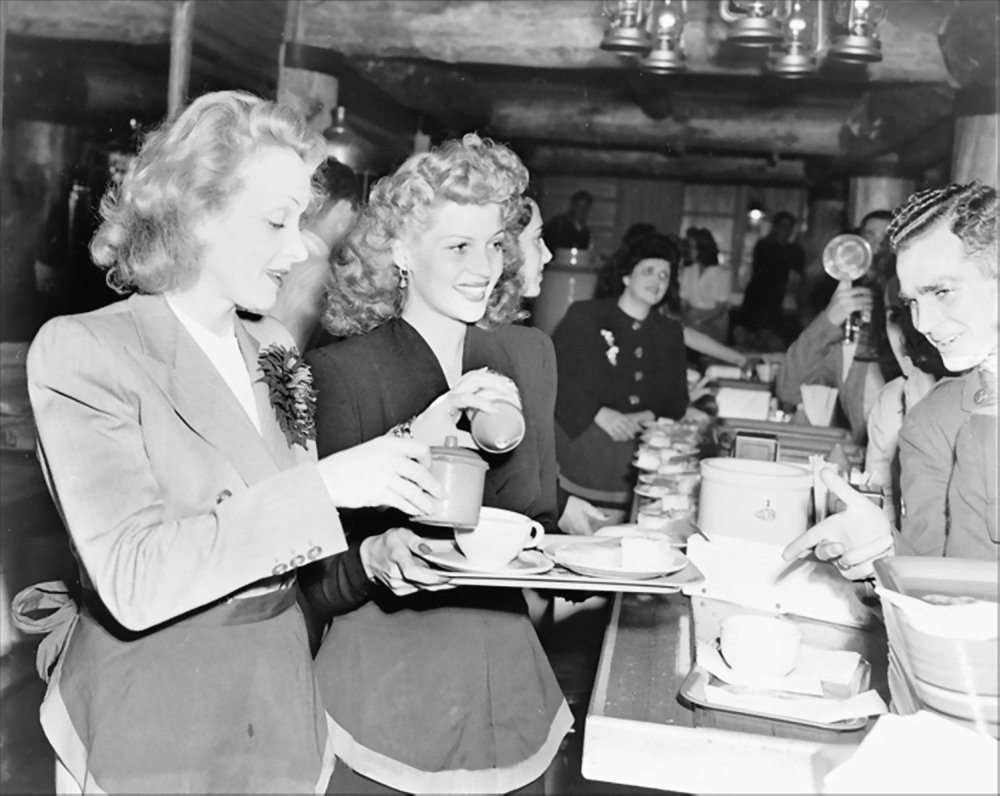 The Hollywood Canteen was open between October 3rd 1942 and November 22nd 1945. It provided food, dancing and entertainment for soldiers and servicemen, who were usually on their way overseas.

📖 The Hollywood Canteen: Where the Greatest Generation Danced With the Most Beautiful Girls in the World (Lisa Mitchell, 2012)