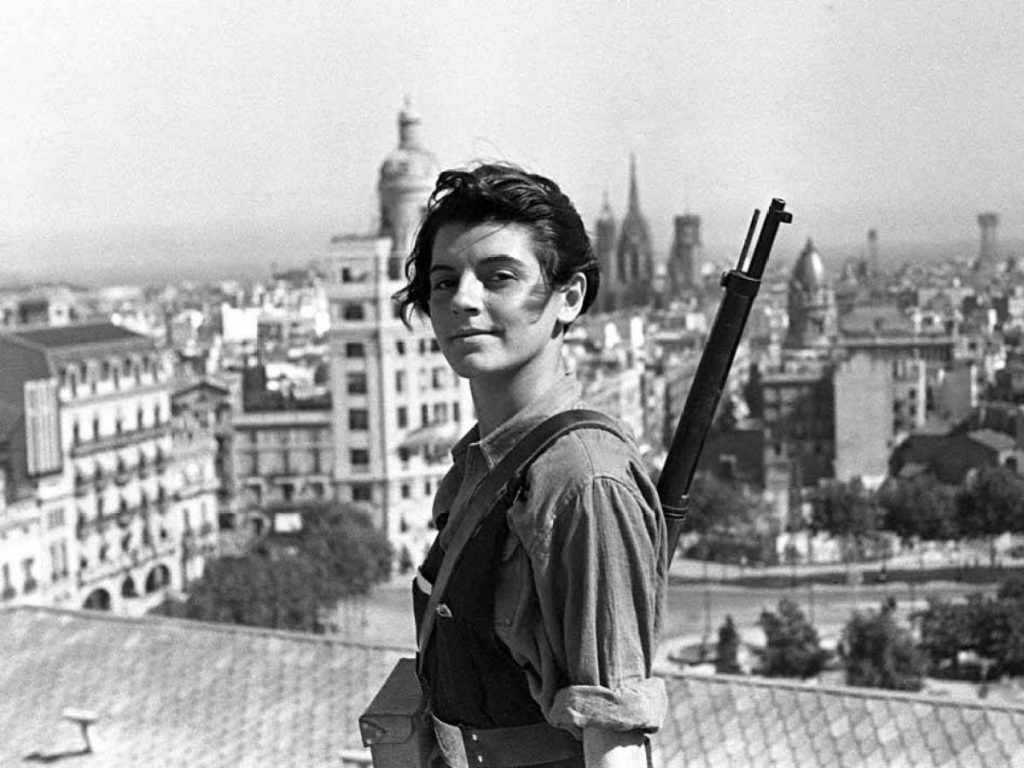 The famous photograph took by Juan Guzmán shows a 17 year old Marina Ginesta, a French born reporter, translator and communist militant, at the top of Hotel Colon in Barcelona. The image is dated July 21st, 1936, right at the start of the Spanish Civil War. Ginesta is carrying a M1916 Spanish Mauser rifle, but she was only given the weapon for the photo. She worked for the Republican rearguard during the War.

The photograph was published in a socialist newspaper, and is now an iconic image, but it was only discovered after 70 years. When learning about it, Ginesta commented: “It’s a good photo. It reflects the feeling we had at that moment. Socialism had arrived, the hotel guests had left. There was euphoria. We retired in Columbus, we ate well, as if bourgeois life belonged to us and we would have changed category quickly”.

Marina Ginesta passed away in 2014 in Paris, three weeks before her 95th birthday. She was believed to be the last surviving French veteran of the Spanish Civil War. 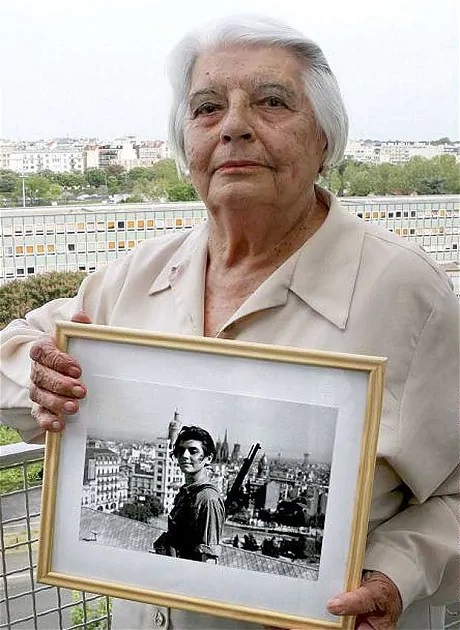