Maori soldiers performing the Haka for the Greece Royal family in Egypt, June 1941 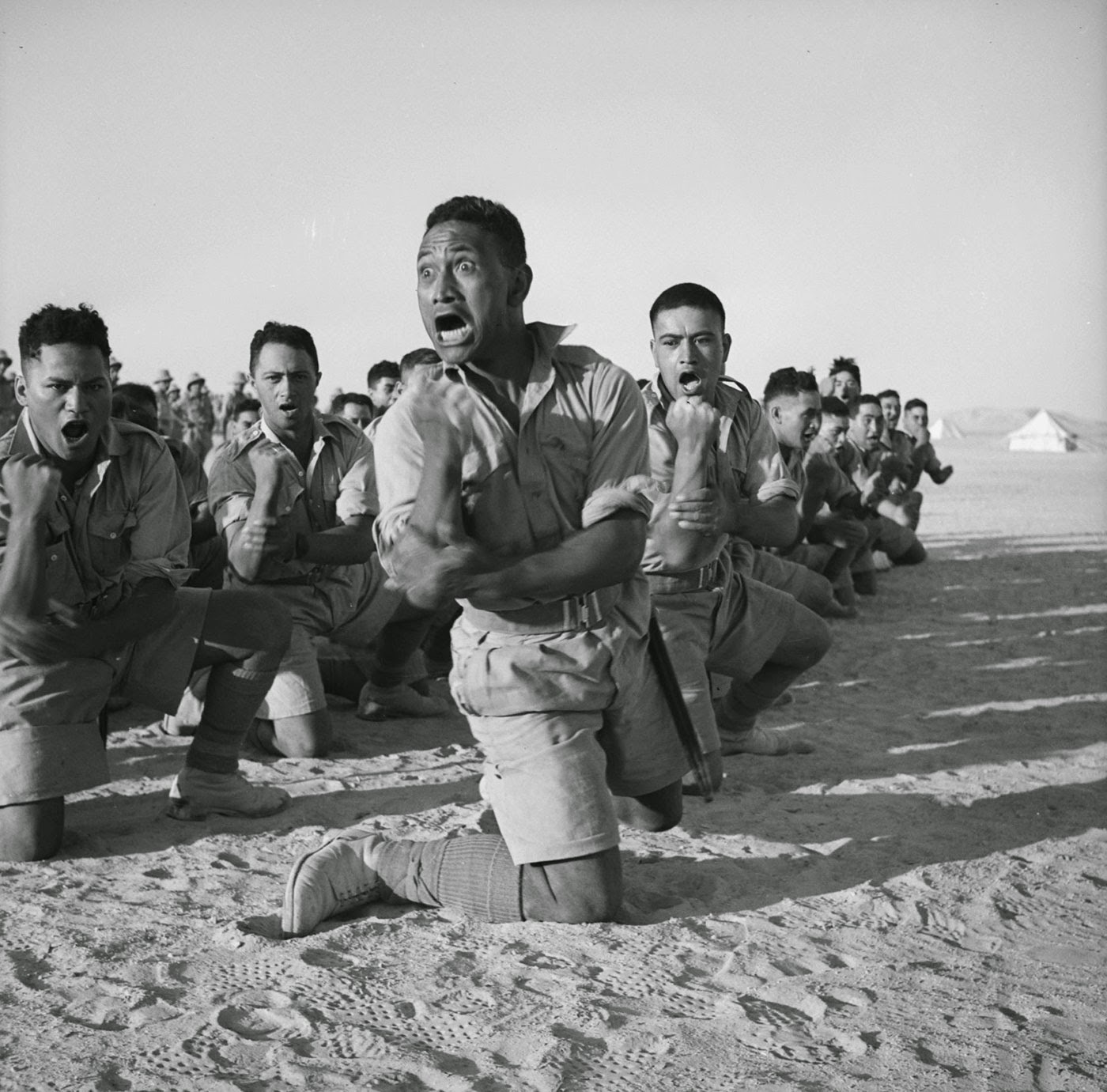 The Battalion had been recently evacuated from Crete and Greece, and went on to fight in the North African Campaigns until 1943. Almost 3.600 men served overseas with the Maori Battalion during WWII.

Three of the four soldiers in the foreground perished in space of two years, while the other was wounded.

Erwin Rommel was quoted as saying “Give me the Maori Battalion, and I will conquer the world”.