Luftwaffe aircraft crashed into a house during the Battle of Britain 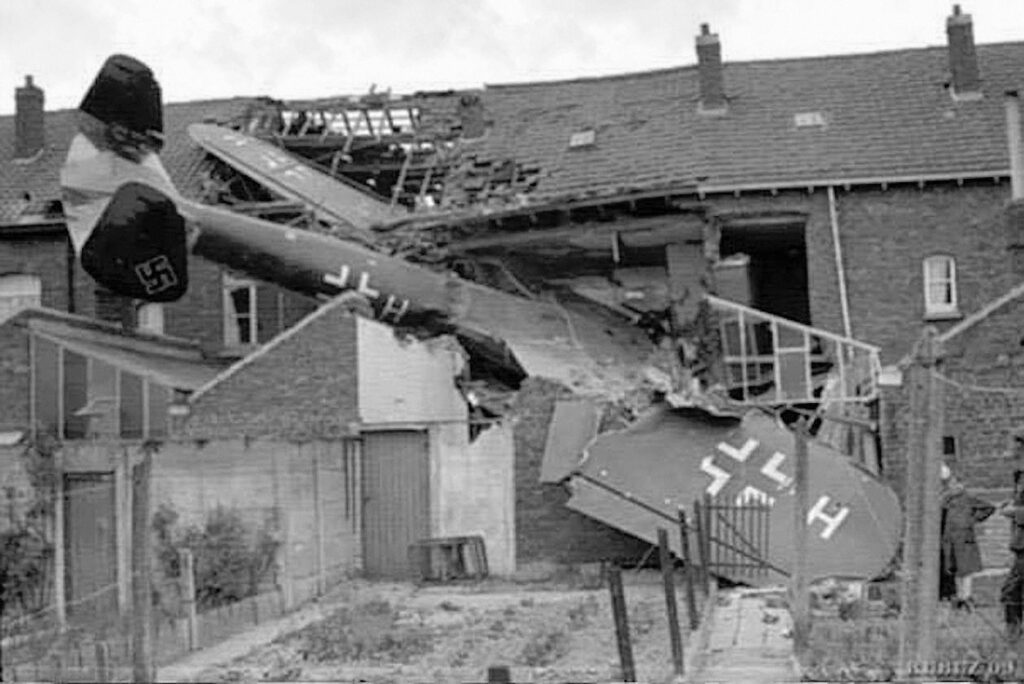 German aircraft, possibly a Dornier Do 17, crashed into a house during the Battle of Britain in 1940.

The Battle of Britain was a large scale aerial assault by the Luftwaffe in an attempt to subdue Britain, so that Germany could force Britain into peace and focus on the Eastern front.

It was the first major military campaign in history to be fought exclusively in the air.

The main blows took part between July and October 1940, but the campaign continued until the Summer of 1941.

Germany’s failure to win the Battle of Britain was the first and one of the most important turning points in the war. The Germans planned to take superiority in the air and follow that up with a killing blow on the sea against what should have been a depleted Royal Navy (Operation Sea Lion), but the British Royal Airforce managed to stop the assault.

📖 The Most Dangerous Enemy: A History of the Battle of Britain (Stephen Bungay, 2000) .