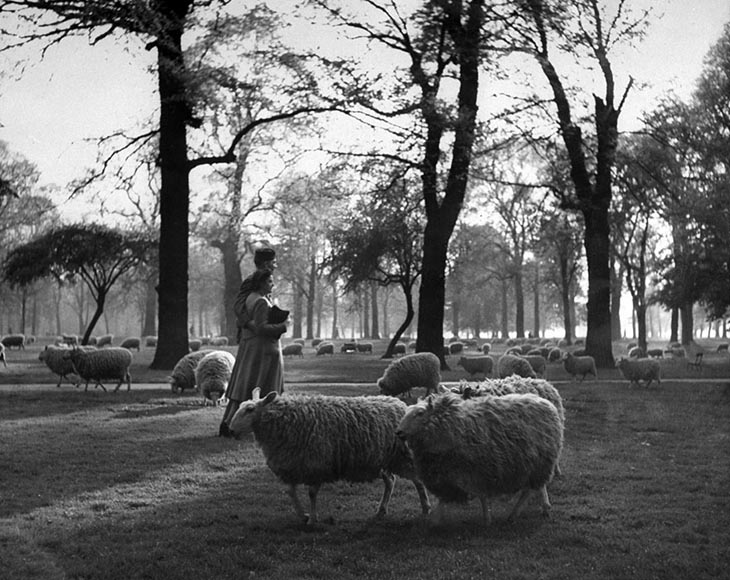 1) An American soldier walking with his sweetheart in the Kensington Gardens, London, 1945, likely after the end of the war. 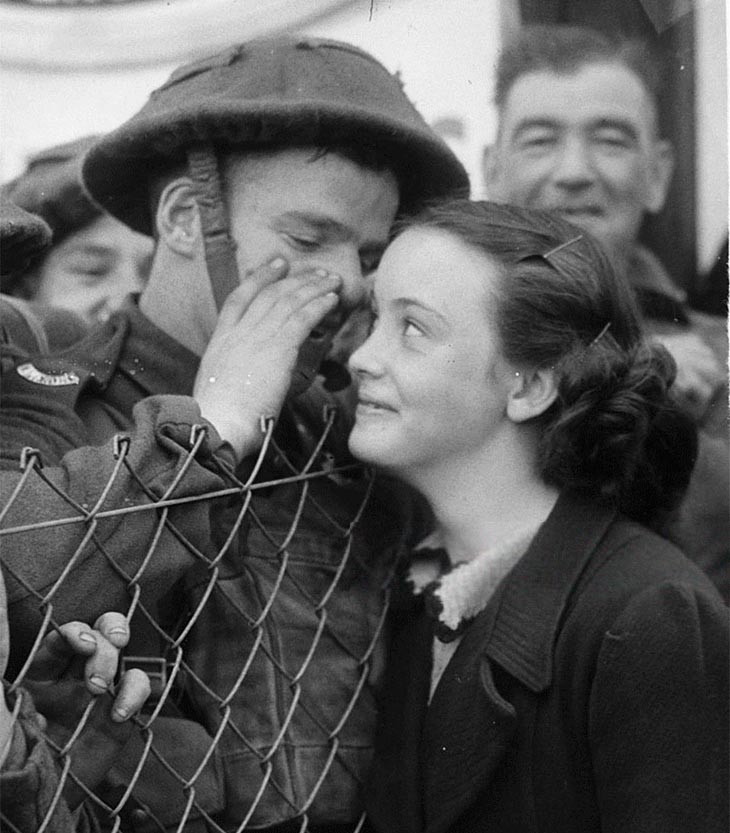 2) A British soldier whispers into his girlfriend’s ear as he prepares to leave for the front. Unknown location, 1939. 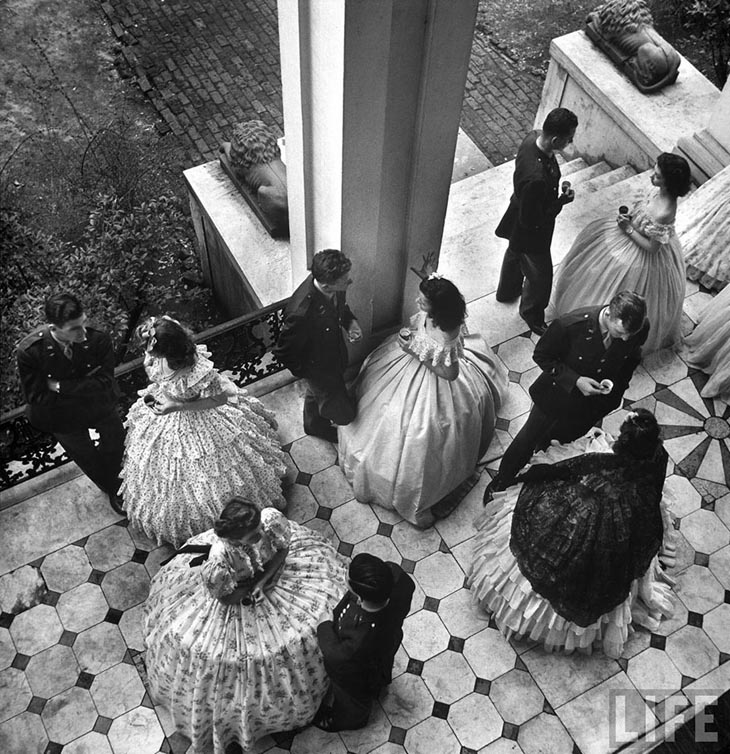 3) Cadets from the Local Army Flying School and their significant others having coffee and talking at a party on the Ante-Bellum Mansion’s porch, Mississippi, 1943. 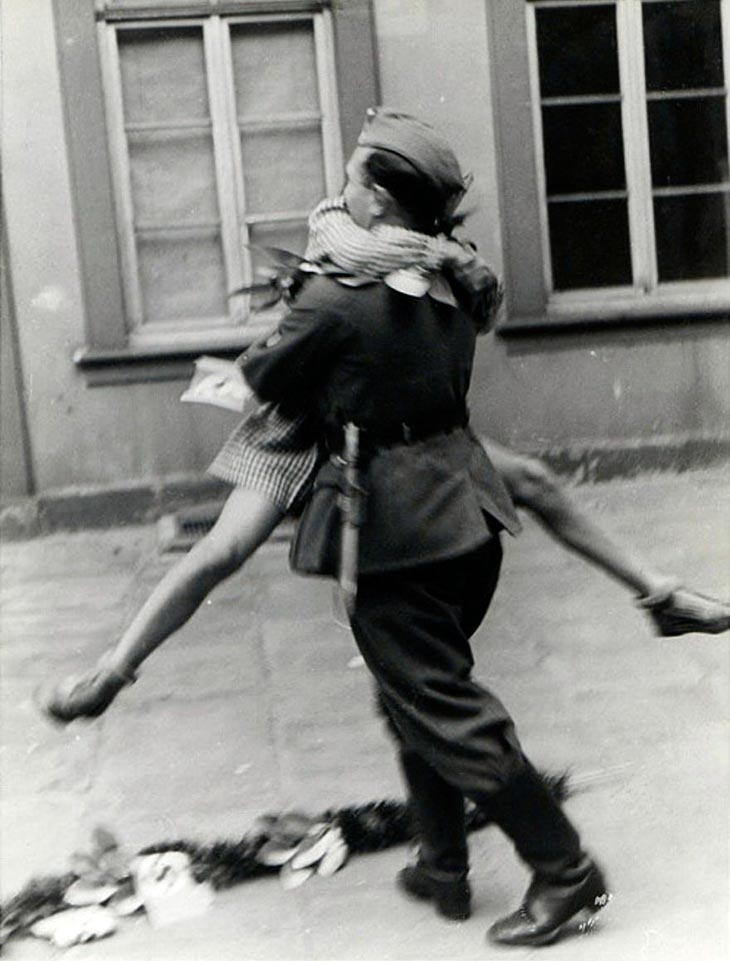 4) American woman jumping into the arms of her soldier boyfriend sometime during the 1940’s. This is either a homecoming, or a marriage proposal (note what appears to be flowers on the ground), or both. 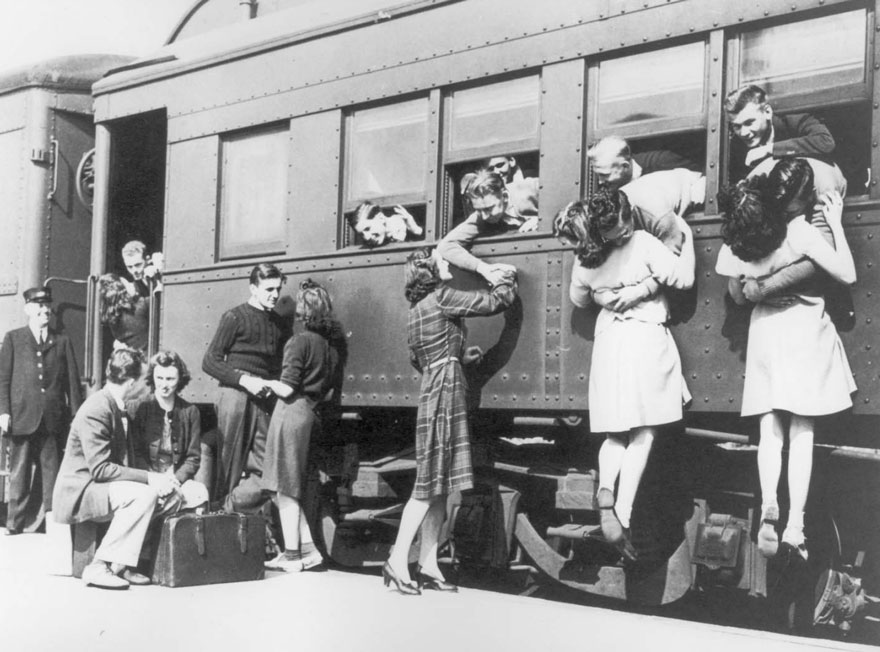 5) Couples embracing and saying their goodbyes at the train station, as the men depart to the front.