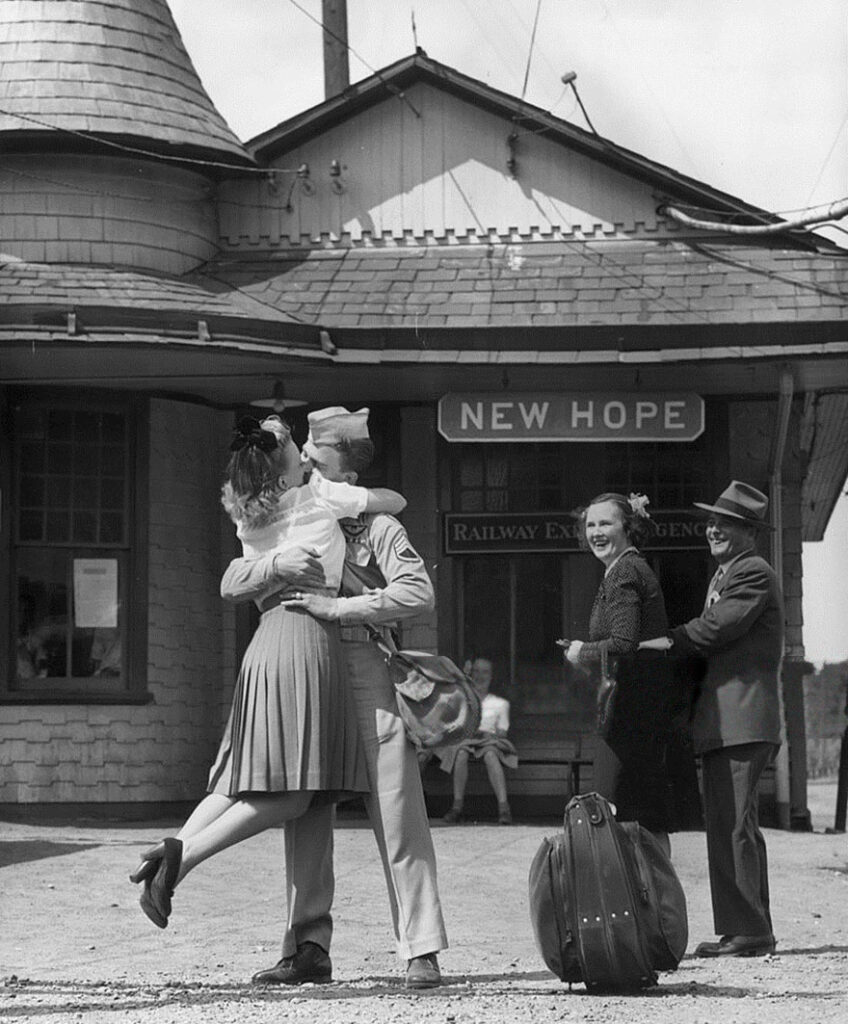 1) Sweethearts embracing and kissing at the Conneticut train station in 1945, as an older couple smiles in the background. 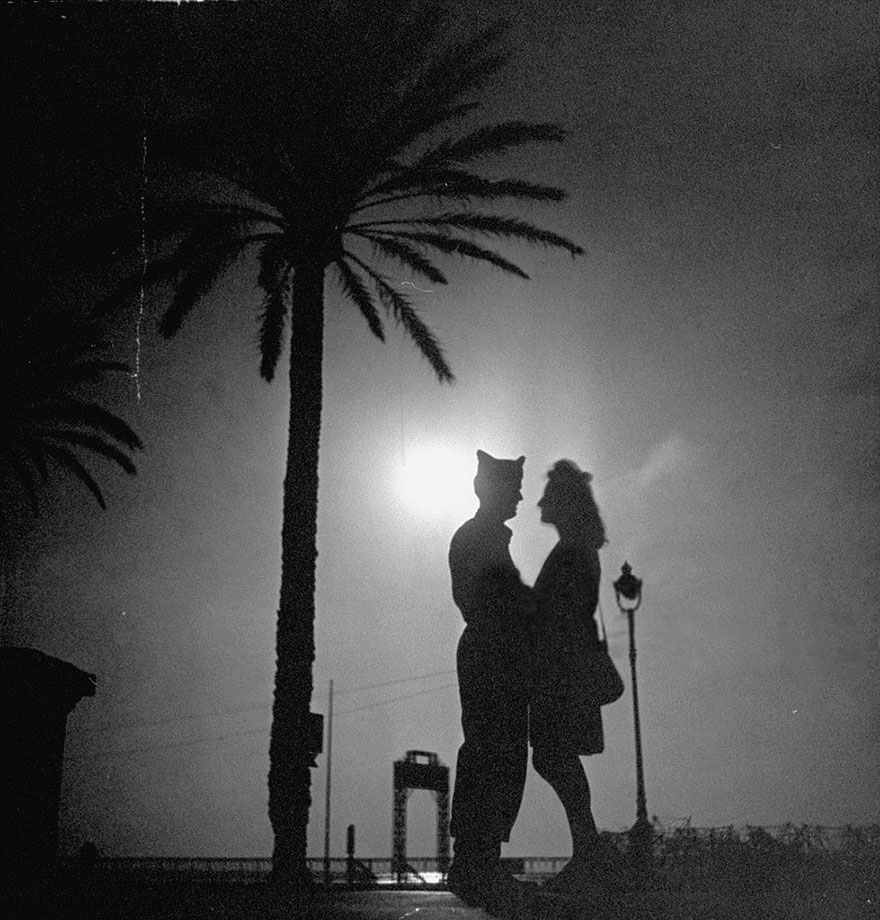 2) French girl holding an American G.I., maybe her boyfriend, on a date sometime during the 1940s. Image might be taken somewhere around Cote d’azur (note the palm trees). 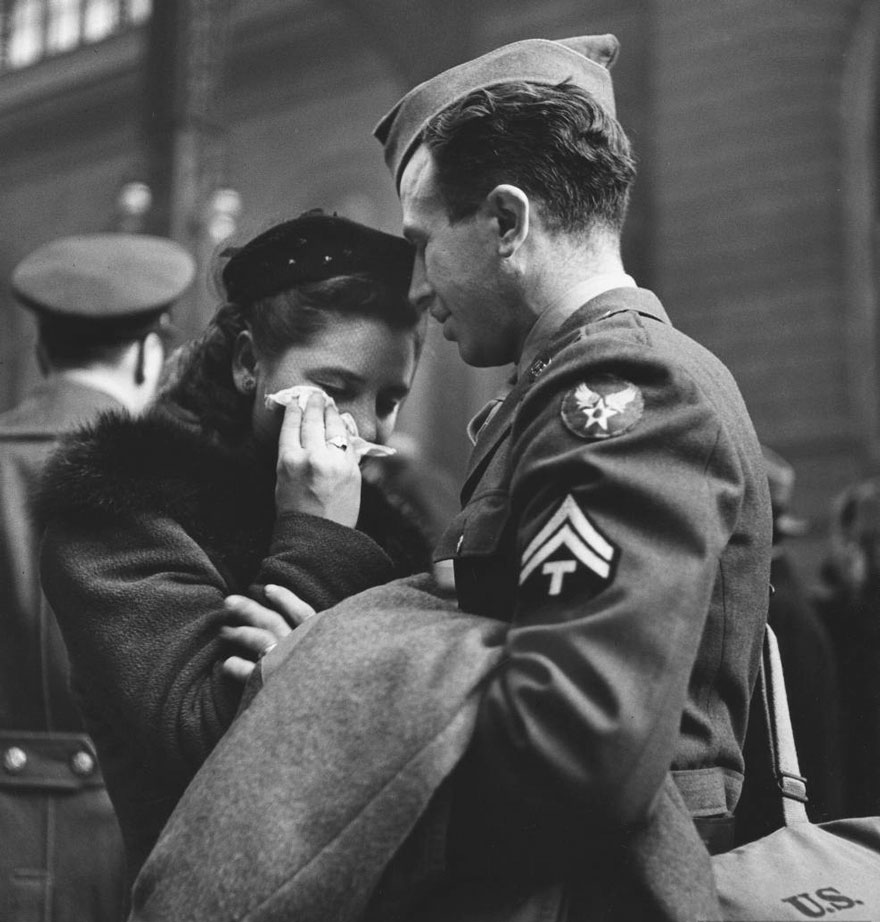 3) Us Army Fifth Grade Technician (tech corporal) consoles his loved one as he departs to the Front from Penn Station in April 1943. 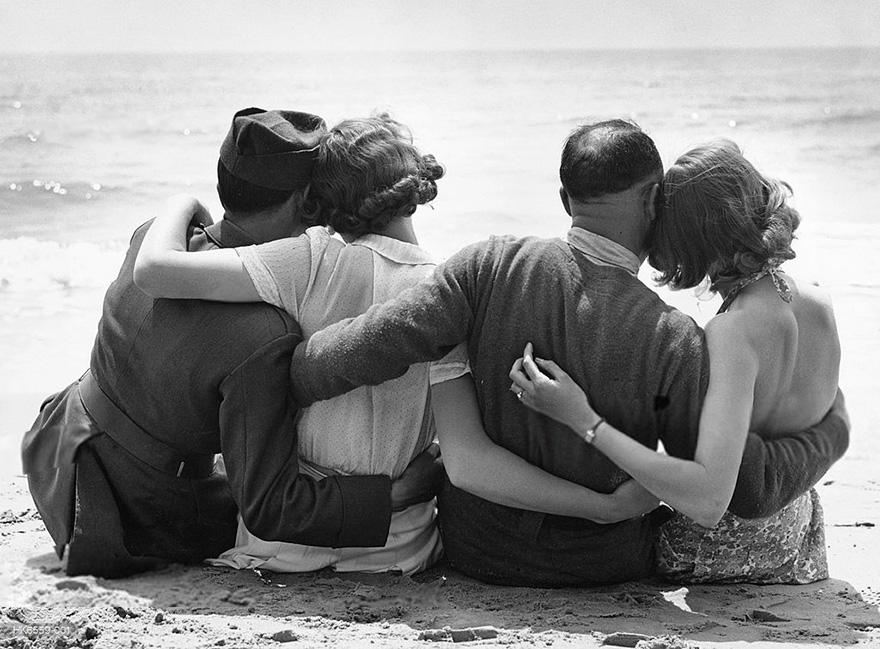 4) French soldiers and their girlfriends relax on an English beach, date unknown. 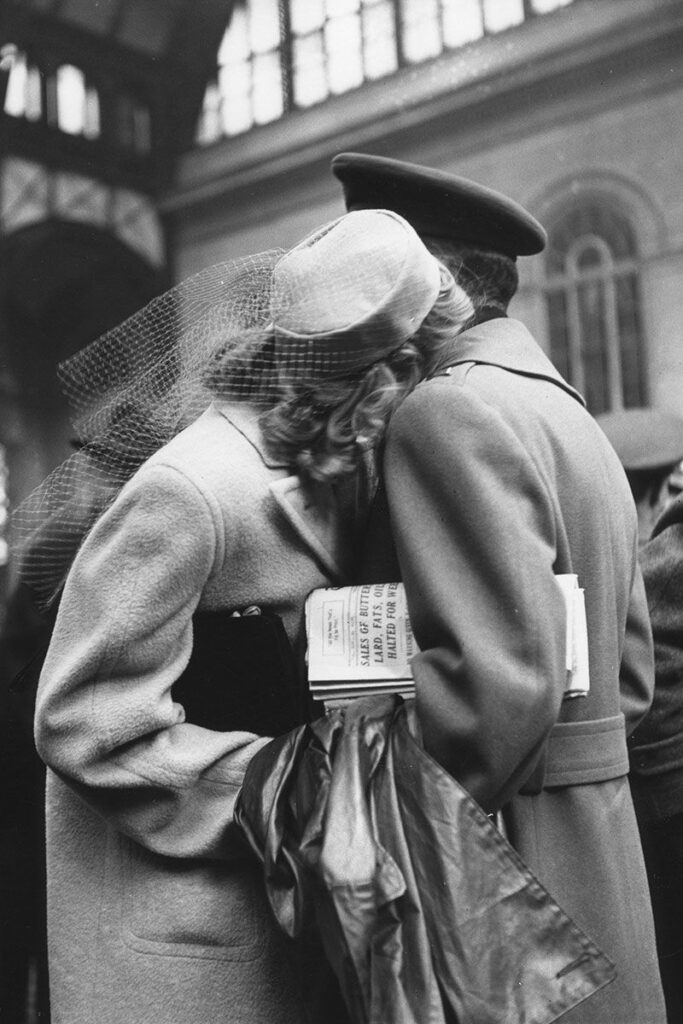 5) A soldier and his loved one say their goodbyes at Penn Station, New York. The photograph was taken by Alfred Eisenstaedt and appeared on the April 19th cover of LIFE magazine in 1943. The picture was titled “A Soldier’s Farewell”.