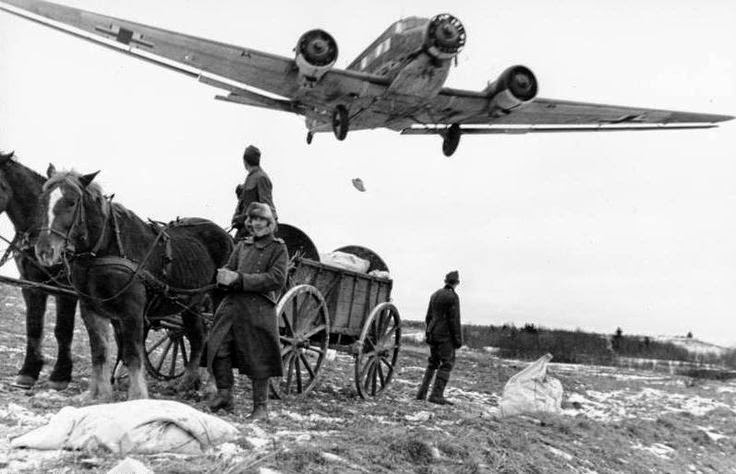 A Luftwaffe Junkers Ju 52 transport aircraft in low flight over a horse pulled cart on the Eastern Front, in Northern Russia, 1943.

It’s quite likely that supplies dropped by the plane were being loaded into the carriage for transport to the front. We can see bags in and around the cart, and we can see something dropping behind the aircraft.

The Ju 52 was used for both civilian and military service, and remained operational well into the 1980’s. The aircraft continues to be in limited use (such as for sightseeing) even today.