Japanese POW captured in the Battle of Okinawa, June 1945 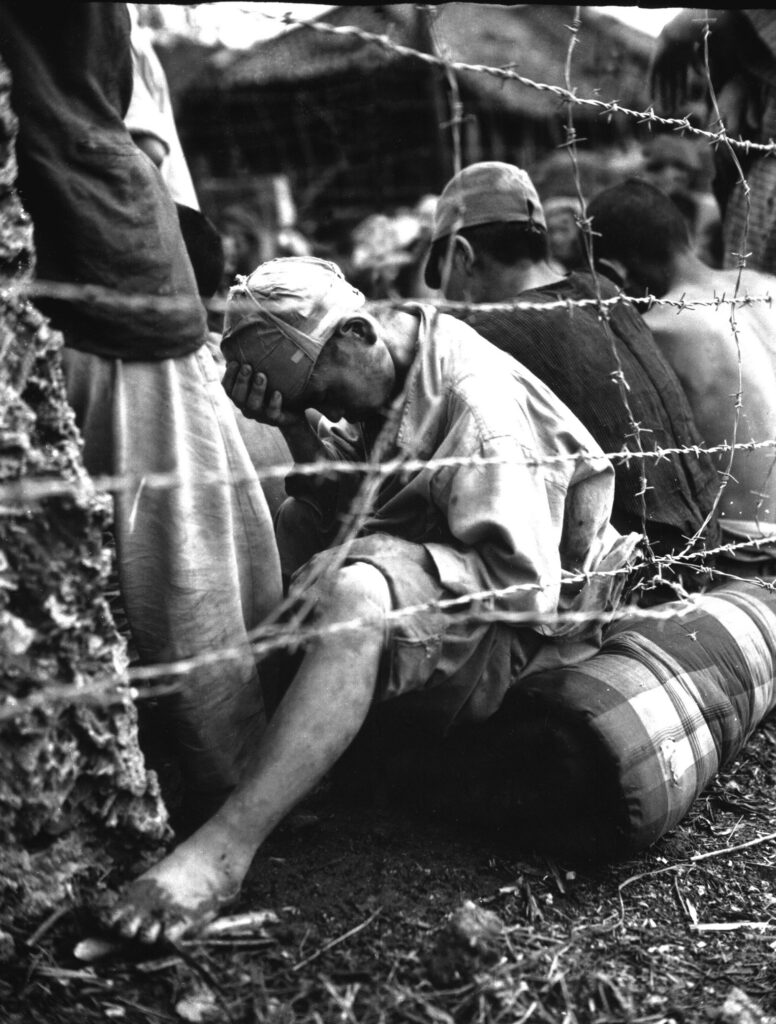 Dejected Japanese prisoner of war sits with his fellow apprehended soldiers behind barbed wire in US captivity. Okinawa, June 1945.

Around 307 Japanese soldiers were captured within the last 24 hours of the famous Battle for Okinawa by the US Sixth Marine Division.