Japanese Kawanishi Flying Boat shot down by US bomber, 1944 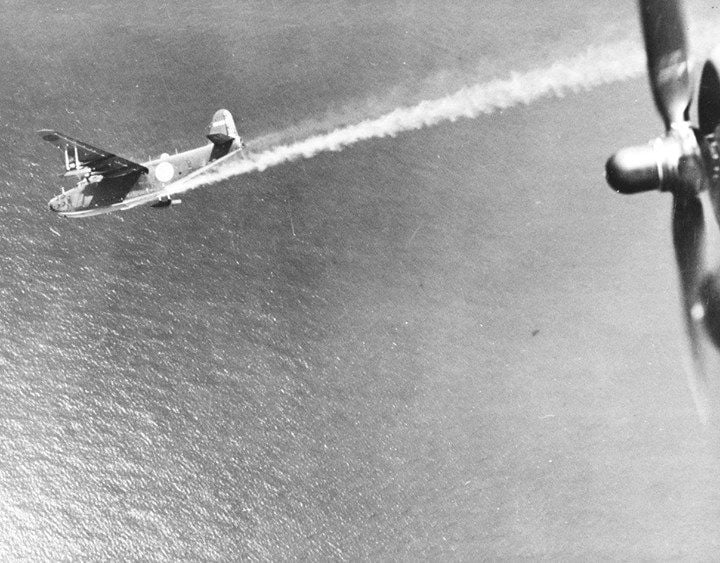 A Japanese Kawanishi H8K2 “Emily” Flying Boat shot down by a PB4Y-1 heavy bomber (consolidated B-24 Liberator aircraft used by the US Navy) on July 2nd, 1944, in the Central Pacific.

The Japanese Kawanishi H8K (and the improved H8K2) was a large four engined aircraft designed to land and operate on water and used for long range patrols and bombing missions. It was produced during 1941-1945, and Historian Rene Francillon called it “the most outstanding water-based combat aircraft of World War II”.

The US bomber from which the image was taken (and which shot down the Japanese aircraft) was piloted by Lieutenant Stoughton Atwood.

Photo source: The image was taken by Co-pilot Ensign Emment Regan and I think it is now owned by the Naval History and Heritage Command