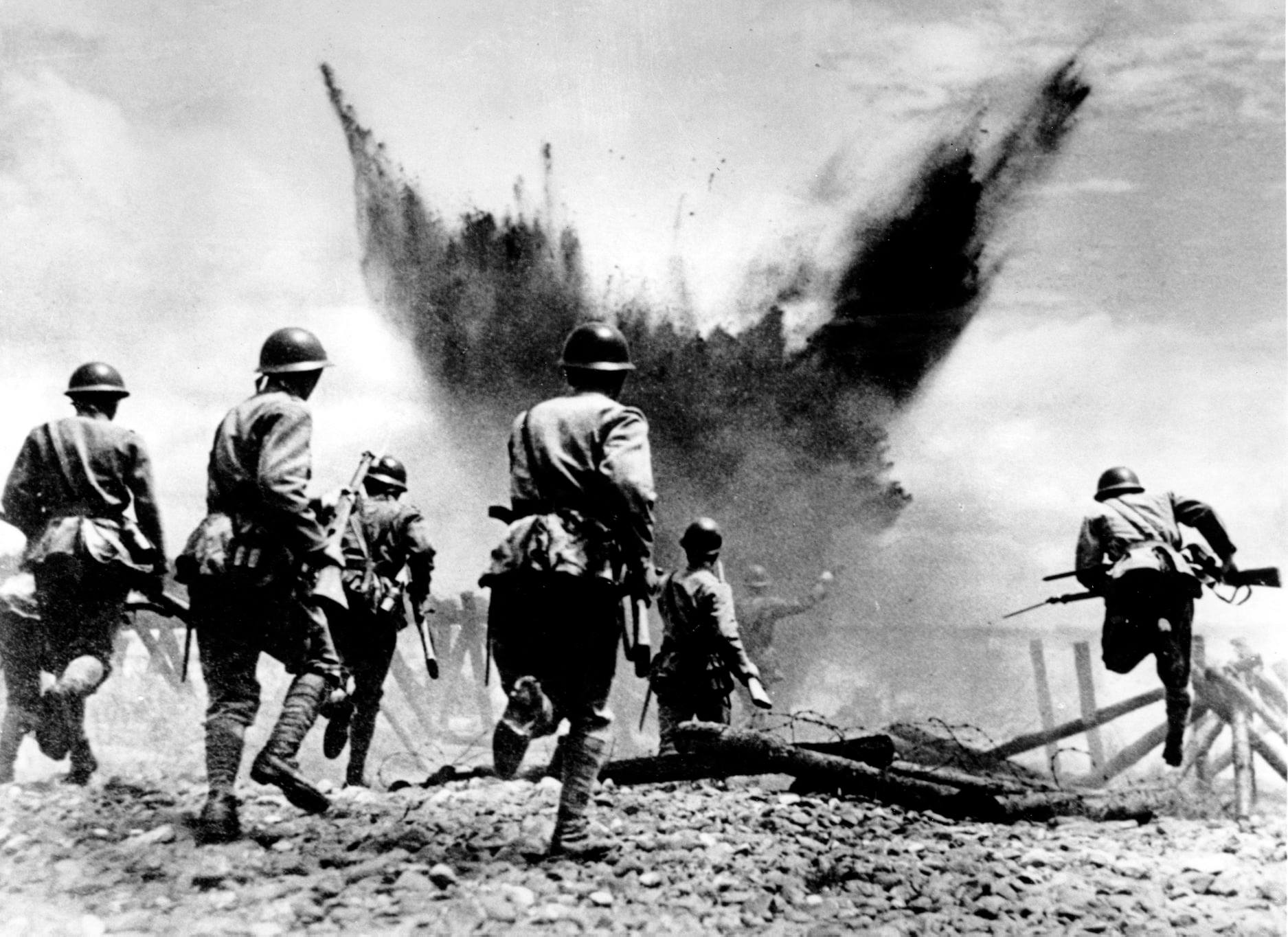 Japanese infantrymen preceded by an artillery barrage, advancing over defensive lines in China, Peking sector, on August 19th, 1937, during the Second Sino-Japanese War.

The Second Sino-Japanese War started in the Summer of 1937, predating the official start of WWII by two years (but being very much a part of it) and finished at the end of WWII. The conflict broke out when China began a large scale resistance to Japanese expansion efforts, which were happening since 1931. The War remain undeclared until December 9th, 1941, when China joined the Allies (which had provided the Chinese with support over the years) in declaring war on Japan following the Pearl Harbor attack.

The Second Sino-Japanese War can be divided into three segments: Japanese advance until the end of 1938, virtual stalemate until 1944, and the final period when Japan was pushed back by the Allies and eventually surrendered.