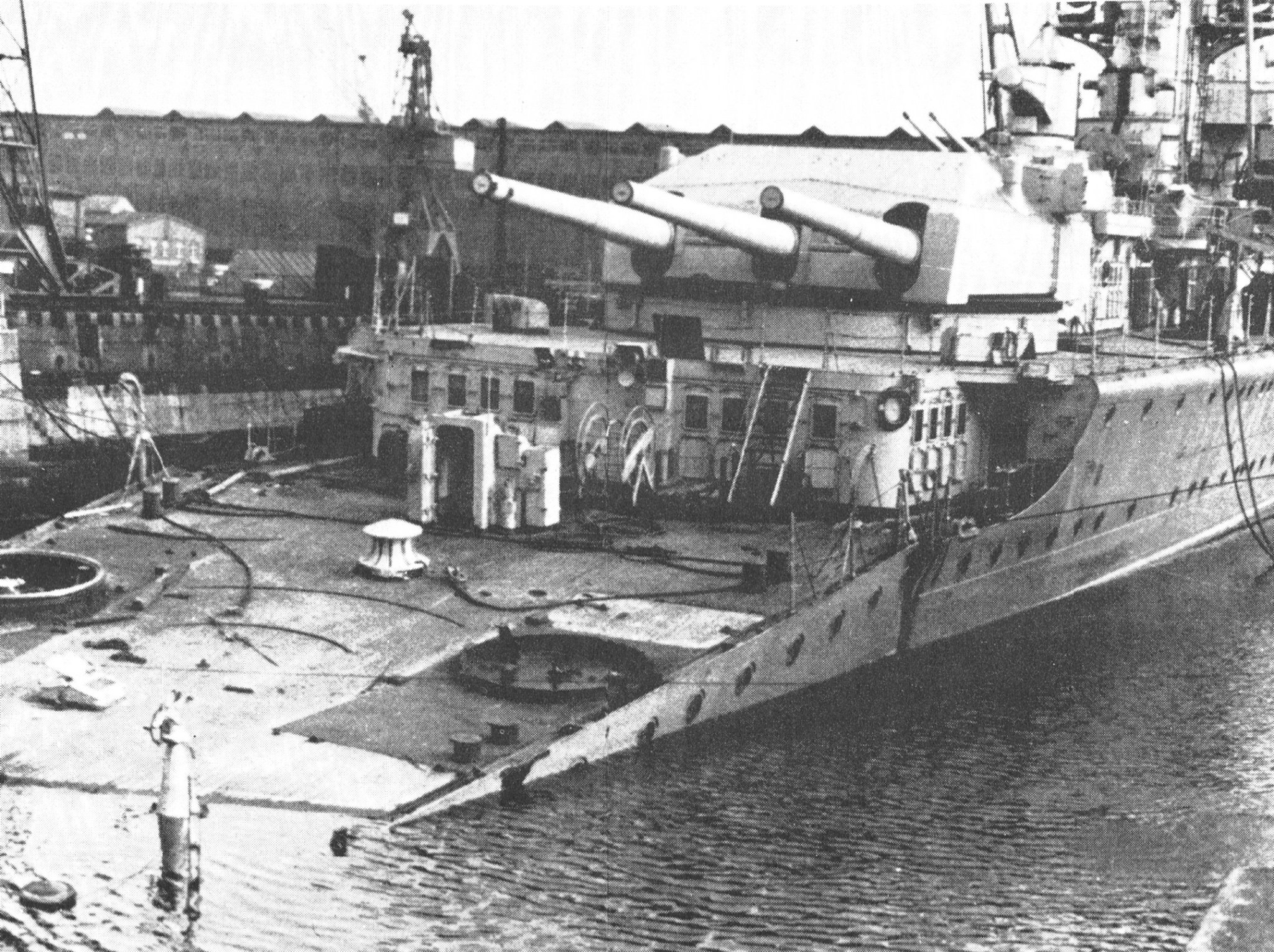 Heavy cruiser Lützow (aka pocket battleship) with a snapped off stern in Kiel harbor sometime after April 13th, 1940.

Commissioned by the Weimar government, Lützow was completed in 1933 as the leading ship of the heavy cruiser class “Deutschland”. It was renamed Lützow in January 1940.

Damage was caused by a torpedo hit from the British submarine HMS Spearfish on April 11th, as an already hobbled Lützow was returning for repairs after the Battle of Drøbak Sound, during the invasion of Norway.

Repairs were completed in March 1941 and the heavy cruiser continued to operate until being sunk in shallow waters in in April 1945 by Royal Air Force bombers. It was then used as a gun battery to support German troops fighting the Soviet Army until May 1945, when she was abandoned and disabled.

It was salvaged by the Soviet Navy in 1947, only to be sunk as target practice in the Baltic later that year.