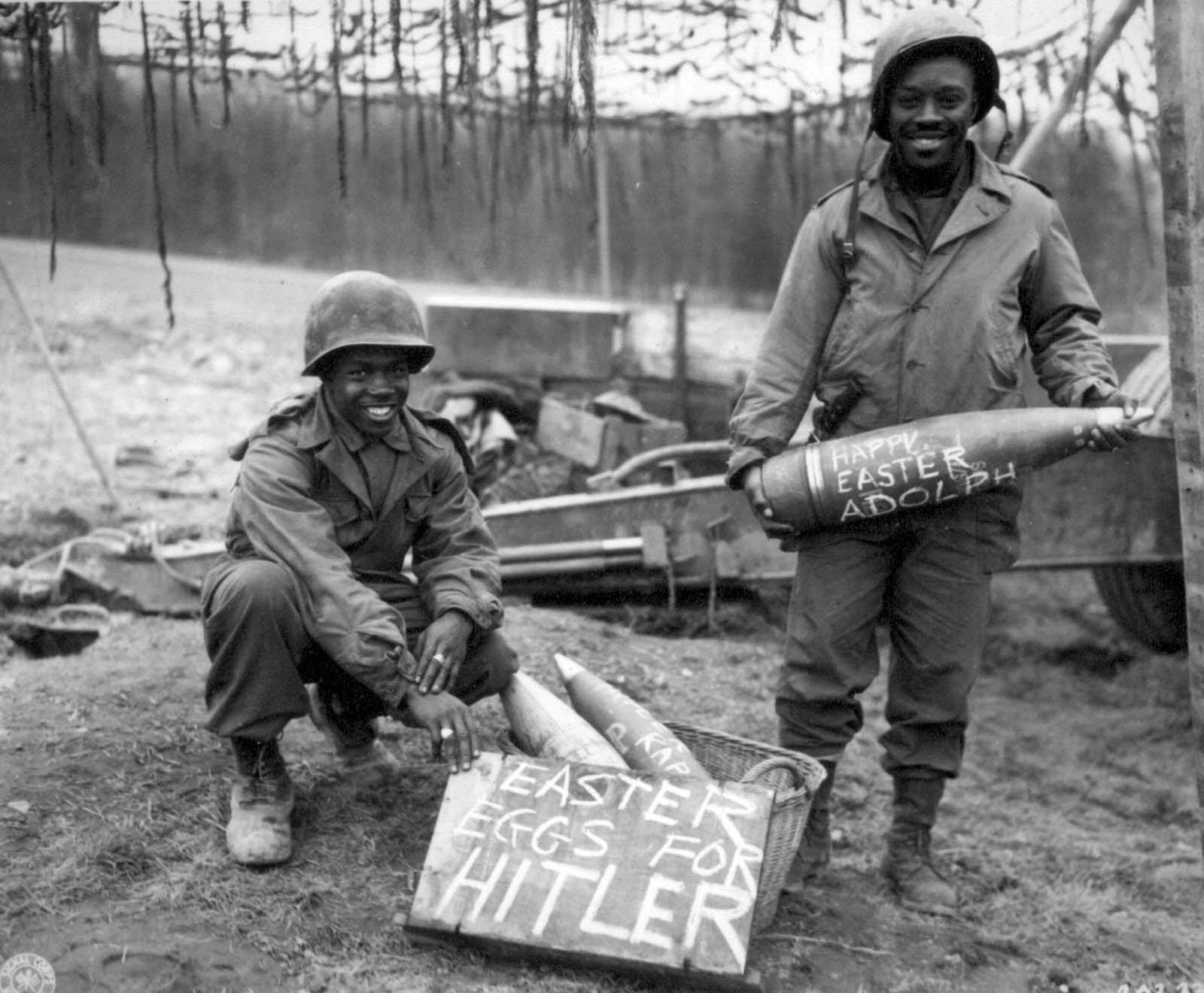 “Happy Easter, Adolf!”. Two US soldiers celebrating Easter with artillery against Germany on March 10th, 1945, during the battle of Remagen.

The US Army was segregated during WW2, with black people unable to claim leadership positions, a number of them choosing emigration to Germany for better treatment.

Over the last decades, the USA has finally acknowledged the heroics of people of color who served the country.