Greek resistance fighter in the mountains during World War II 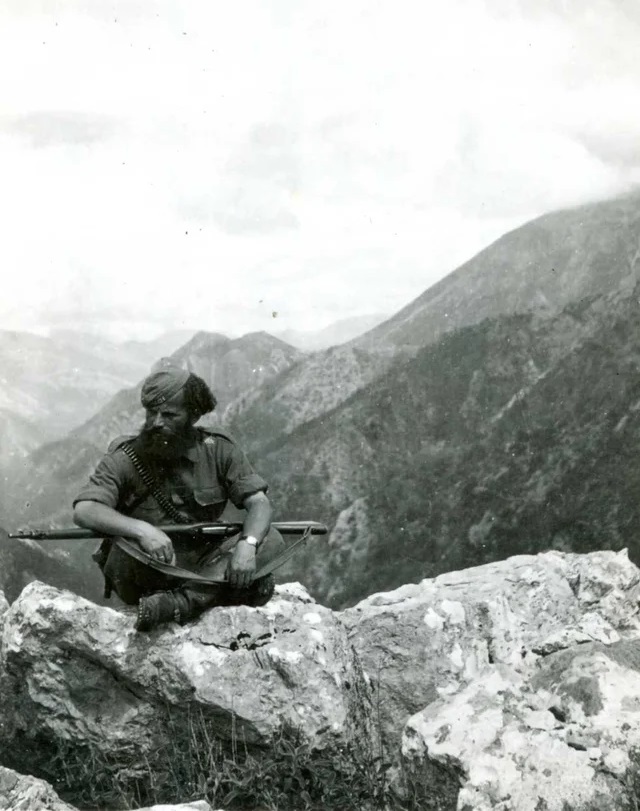 Greek resistance fighter is sitting in the mountains and overseeing the valleys during the Axis occupation of the country, sometime between 1941 and 1944.

Greece had one of the strongest and most active resistance movements against Axis forces in World War II.