Goliath tracked mine inspected by US Marines 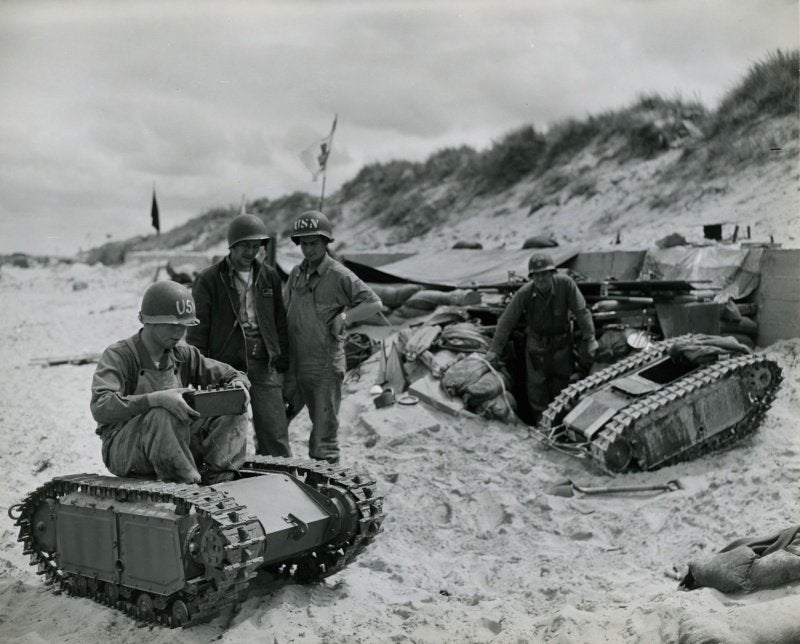 Goliath tracked mine inspected by a few US Marines, while another one lies overturned beside them. Normandy beach, June 1944.

The Goliath light charge carrier was a remote controlled mine (allies called it ‘beetle tank’) developed by Germany during WW2.

The Goliath carried between 60 and 100 kilogrammes of explosives, and was used for multiple purposes, such as destroying tanks, disrupting infantry formations, or the demolition of buildings and bridges. Of course, the Goliath was a single use kamikaze vehicle.

Rate of success for the Goliath was rather low due to its high cost, low speed, low ground clereance and vulnerable cable and armour. It was also big and heavy, making it difficult to transport by individuals. Many times it failed to reach its target, but when it did, it produced considerable damage.

Despite its shortcomings, the Goliath did lay the foundation for future remote controlled ground vehicles.