German Unteroffizier chasing a chicken on the Eastern Front 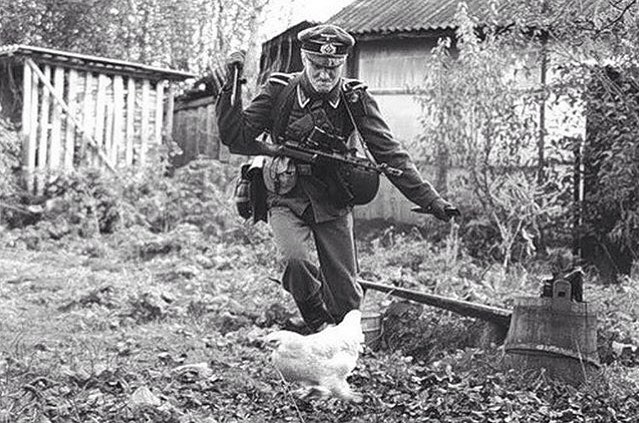 The photo was likely taken on the Eastern Front in the early 1940s, as suggested by the Soviet PPSH submachine gun the man seems to hold. This was a very popular weapon among German troops during Operation Barbarossa, the invasion of the Soviet Union.

It’s possible that this photograph might have been meant as a joke (just speculating), so hopefully the chicken lived to tell the story 🙂.

📖 Blood Red Snow: The Memoirs of a German Soldier on the Eastern Front (Günter K. Koschorrek, 1998)