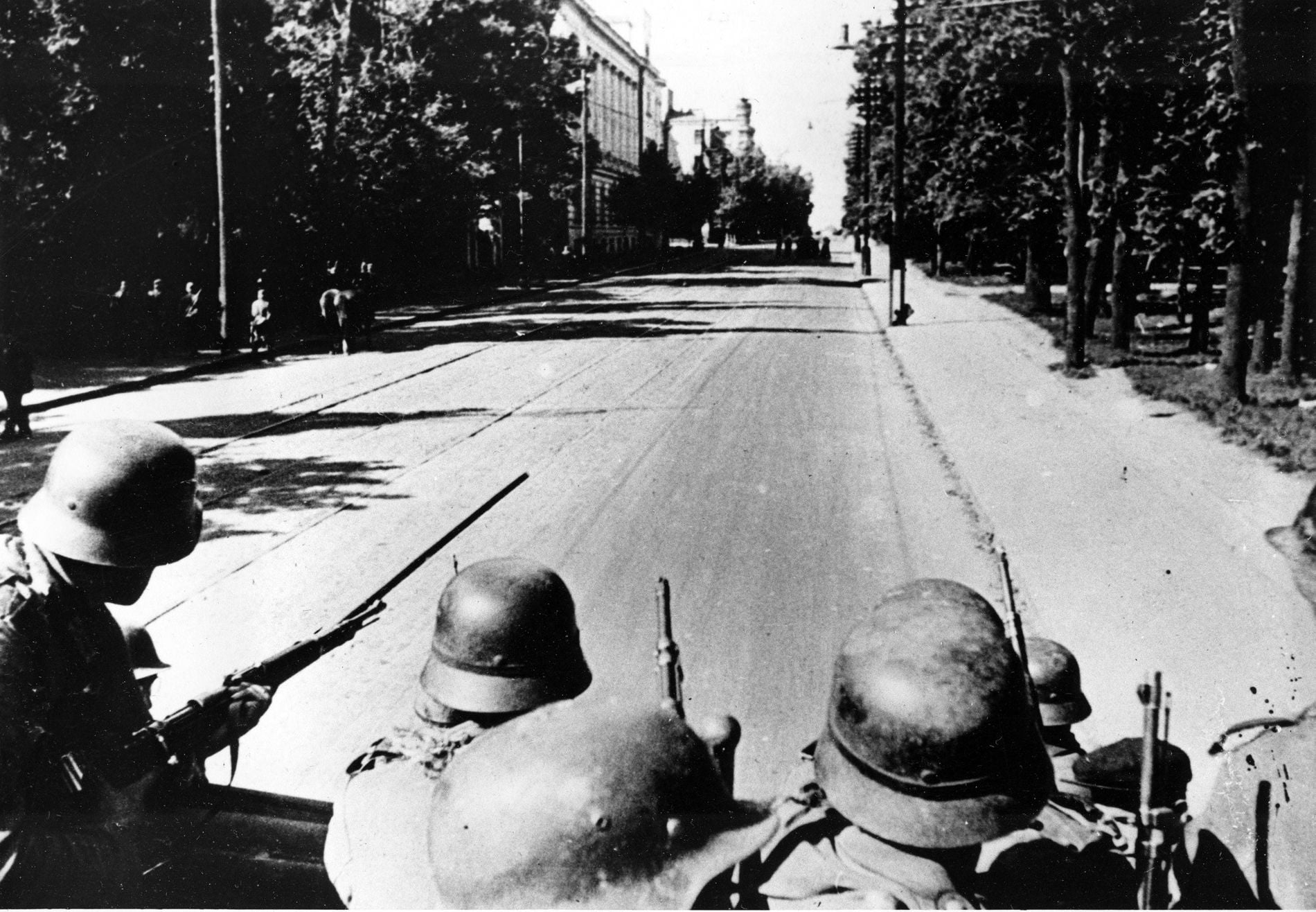 Wehrmacht troops enter Kiev on September 21st, 1941, after a fierce two week battle for the city.

The First Battle of Kiev was part of the initial successful Blietzkrieg advance during Germany’s Operation Barbarossa, and is considered the largest encirclement in military history in terms of number of troops.

More than 450.000 Soviet soldiers were encircled in the Kiev area by the Wehrmacht, and the Soviet army suffered over 700.000 casualties.