German soldier with a 7.5cm GebG 36 in the Caucasus mountains 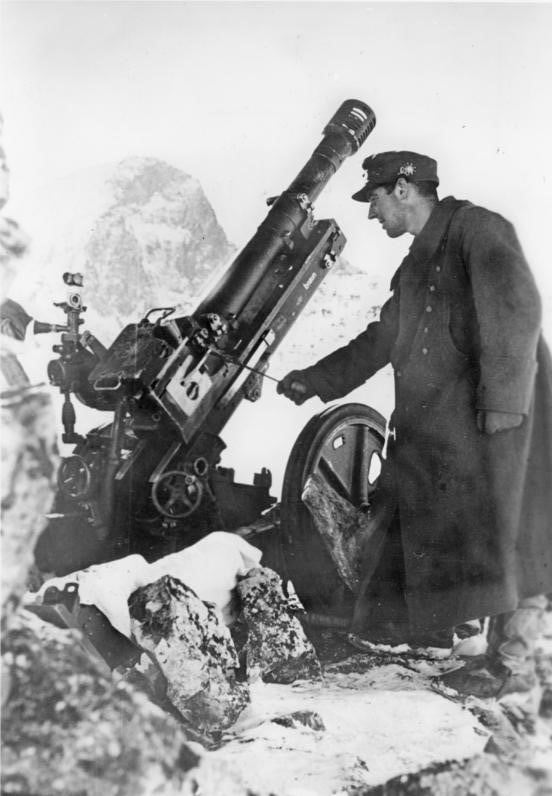 The GebG 36 was the standard light mountain gun used by the Gebirgstruppe (German mountain divisions) during World War II. At least 1193 such guns were built in the war years and were used with mixed success, as they had their limitations, particularly regarding their range.