German paratroopers landing during the Battle of Crete, 1941 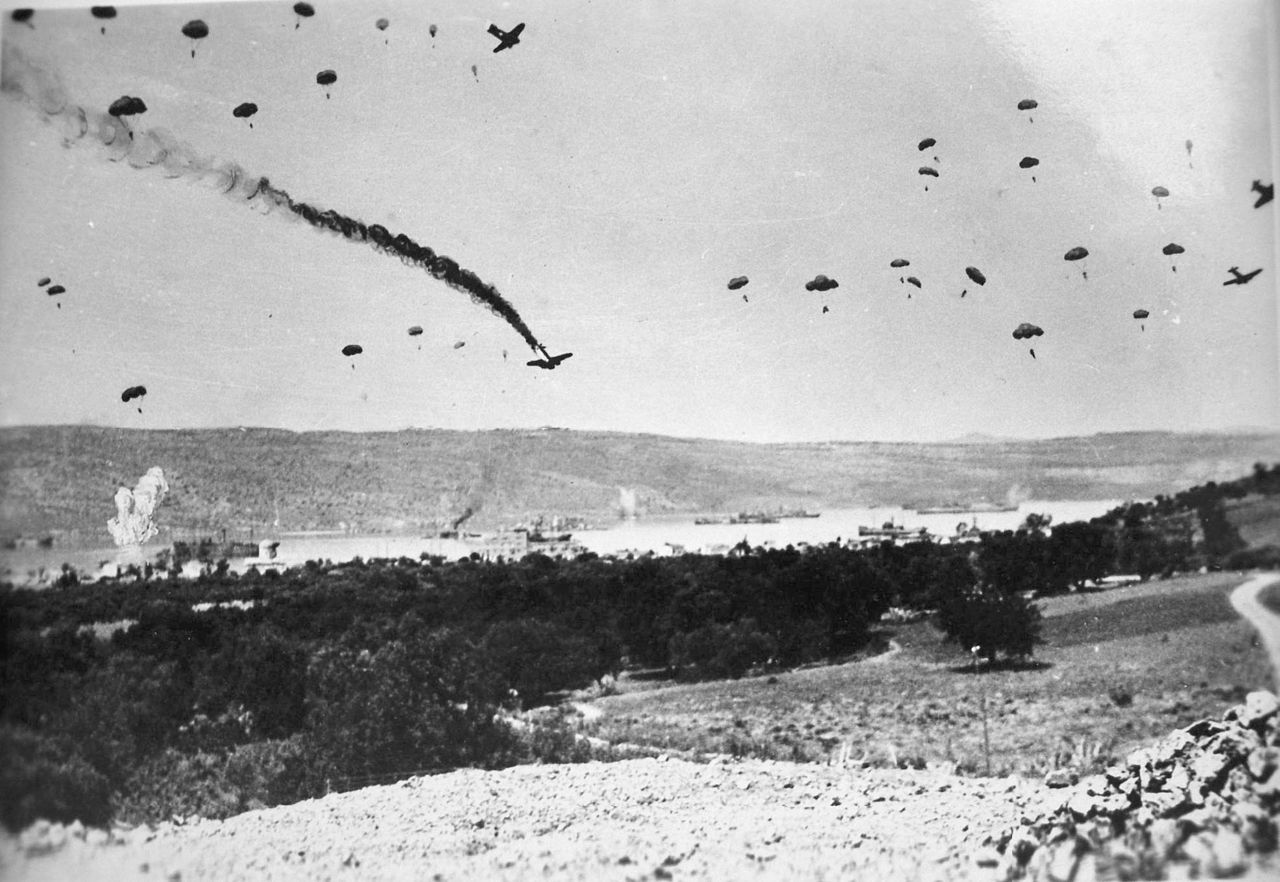 A burning Ju 52 is seen crashing from the air, while British ships are being sunk in Suda Bay in the background.

The Battle of Crete was won by Axis forces in 13 days and was considered a great success for the German airborne corps, despite heavy losses. It was reported that Adolf Hitler himself was horrified by these losses.

The Fallschirmjäger were notorious for their combat skills and tenaciousness, and were actually used more as infantry brigades than as parachutists – especially after the Battle of Crete, when Hitler limited the airborne operations and insisted the air corps be used as ground troops in the Soviet Union. He considered they lost their tactical surprise factor after Crete.