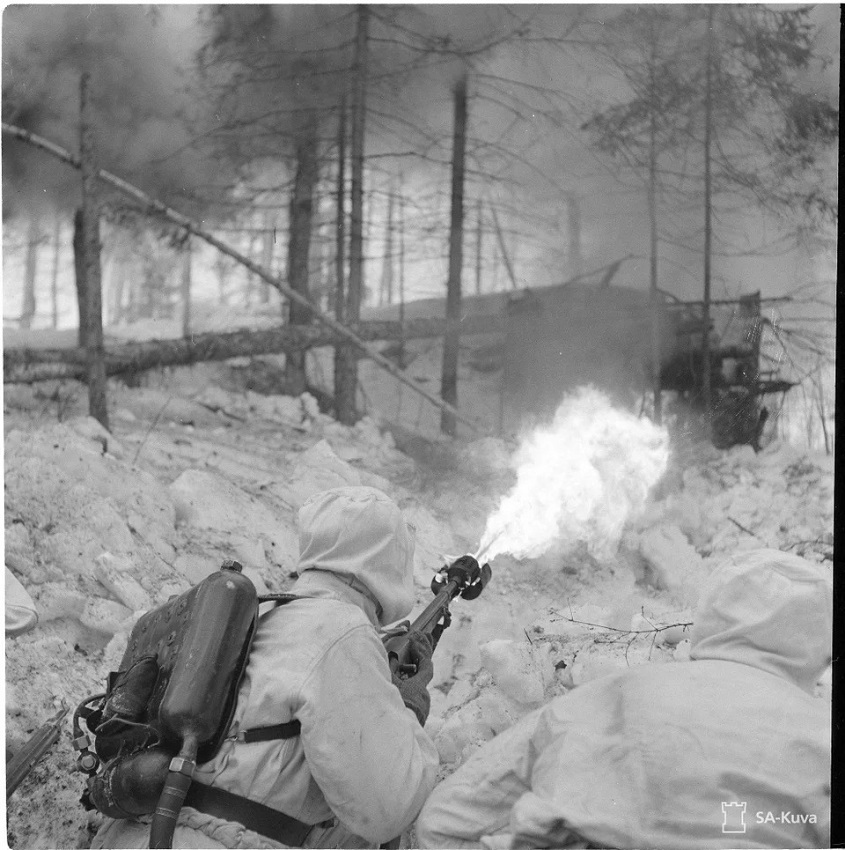 Soldiers of the Finnish army are pictured using a captured Soviet ROKS-2 flamethrower during training exercises. The ROKS-2 was designed so it could not be identified as a flamethrower by the enemy – the gas and fuel tanks were camouflaged to resemble a backpack, while the flame projector imitated a rifle.

The photograph was taken in Karelia, March 1943. Karelia is an area in Northern Europe currently divided between Finland and Russia. After the Winter War, the Moscow Peace Treaty of 1940 handed most of Karelia to the Soviet Union, but the Finns invaded and occupied the area between 1941 and 1944.