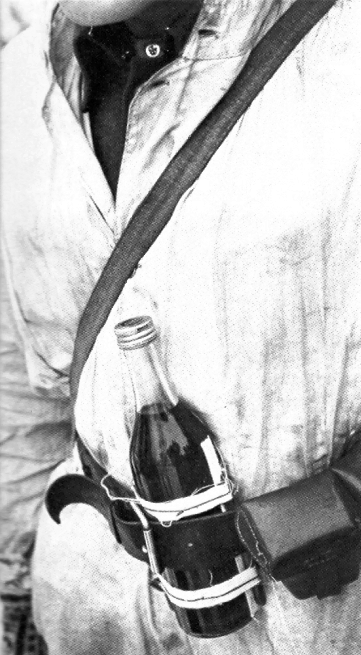 A Finnish soldier carrying a Molotov Cocktail during the Soviet – Finnish Winter War of 1939-1940.

While the Molotov Cocktail is known by most to be a Russian invention, fact is that it had been used in the Spanish civil war in the 1930s, and arguably even before that.

What’s more, the term “Molotov Cocktail” was coined by Finnish people during the 39-40 Winter War, alluding to the Ribbentrop-Molotov pact (which Finns took as a farce) and the statement of Soviet Foreign Minister Molotov that the bombing of Finland was a humanitarian mission dropping provisions.

The Winter War of 1939-1940 ended with Finland ceding 11% of its territory, but maintaining sovereignty and drawing International appreciation for its stern defense and the massive losses inflicted on the Soviet army. Many historians suggest that Finland’s resistance was one of the deciding factors in Hitler’s decision to invade the Soviet Union.