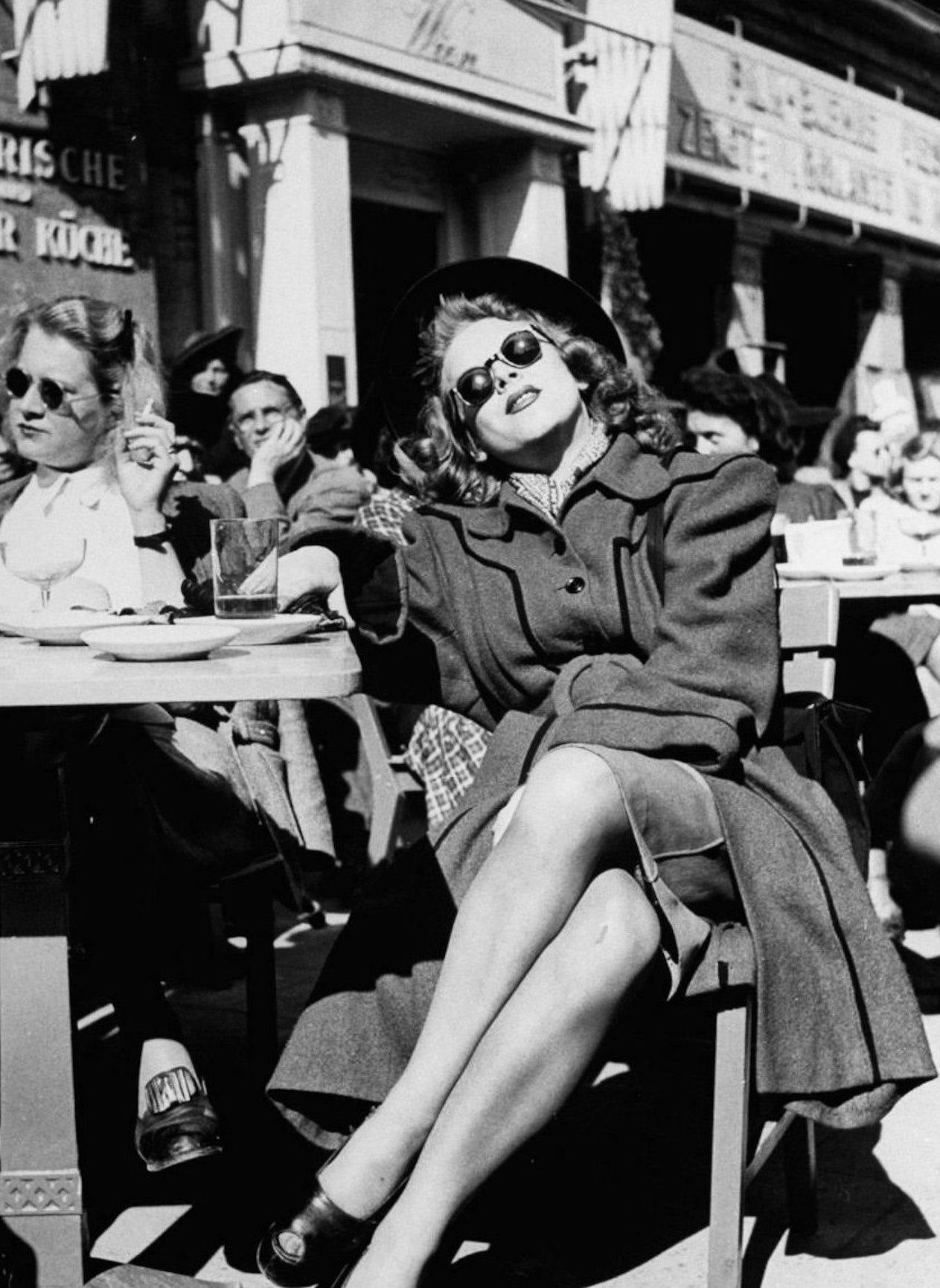 A fancy Fräulein relaxing at the famous Cafe Wien, located in Berlin on Kurfurstendamm Avenue, sometime during 1946.

Cafe Wien was a large, internationally reputed cafe and confectionery (cake shop) opened in 1919 by German gastronomer Karl Kutschera, and for a long time it was a meeting place for the sophisticated people of Berlin.

However, in the mid 1930s it became a target of antisemitic propaganda, which was most notably carried out by the weekly publication Der Sturmer. By 1937, antisemitic signs like “Jews undesirable” were displayed at the Cafe’s entrance, and the economic pressure exerted by the government was increasing. As such, although Cafe Wien was apparently not boycotted by the citizens of Berlin, Kutschera had no choice but to lease it (along with other businesses) to non-Jewish co-partners.

The Kutschera family was deported to Theresienstadt concentration camp on 19 May 1943 and, while Karl and his wife did not lose their lives, their two children reportedly died in Auschwitz.

The Cafe survived the war and was reopened in 1946. After Karl Kutschera’s death in 1950, his wife Josephine continued the business until the early 1970s.