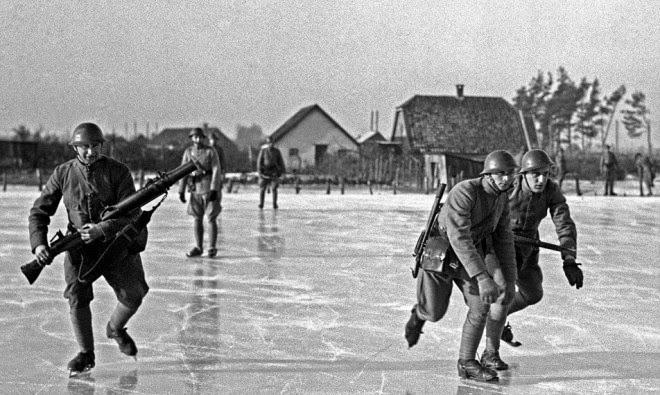 Dutch soldiers training on ice skates during January-February 1940, a few months before Germany invaded the neutral Netherlands without a formal declaration of war on May 10th.

The image is said to be taken somewhere along the New Dutch Waterline, which was a wet area with moats, flooded land and dykes designed to protect Netherlands from land based attacks.

It was useful for soldiers to be able to skate during the Winter so they could move faster when not engaged in combat.

However, it all proved more or less useless, as Germany employed paratroopers to get behind enemy lines and quickly bombed the country into surrender in 5 days.

📖 This Faithful Book: A Diary from World War Two in the Netherlands (Madzy Brender a Brandis, 2019)