Drancy WW2 camp with a French gendarme on guard 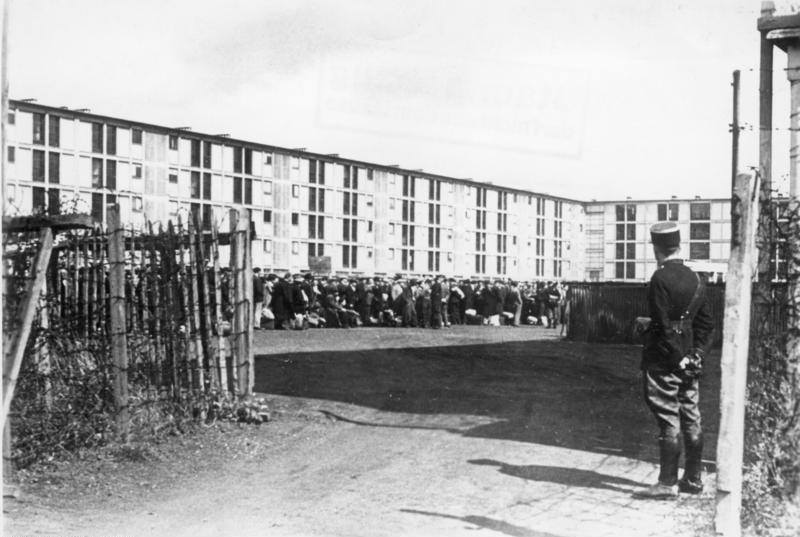 Drancy internment camp in the suburbs of Paris, France, in August 1941. In the image we see the inner courtyard and the horse shoe shape of the housing blocks.

The camp was under the command of Adolf Eichmann’s assistant, Alois Brunner.

Drancy was operational between 20 August 1941 and 17 August 1944, and was used mostly as a transit camp in which certain minorities or members of the French resistance were housed before being transferred to other locations.

During the years, the Drancy camp saw quite a bit of changes according to testimonies by prisoners. Conditions and treatment of inmates went back and forth between being horrible and being humane.

Official reports estimate that over 60.000 prisoners were deported from Drancy to other camps.