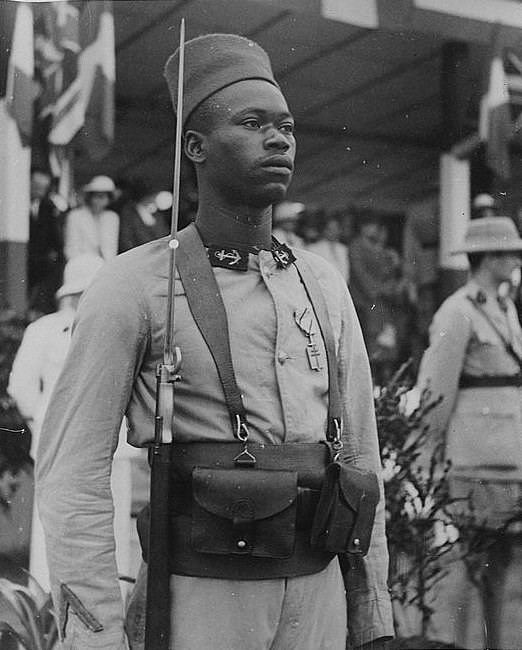 Dominique Kosseyo, a Senegalese Tirailleur, in Brazzaville, French Equatorial Africa, probably 1941 – 1942. Kosseyo has been awarded the Cross of Liberation by General Charles de Gaulle on July 14th 1941, being the first French African to receive it.

The Senegalese Tirailleurs were a corps of colonial infantry which served in the French Army between 1857 and 1964. They were initially recruited from Senegal, French West Africa and then from Western, Central and Eastern Africa.

Despite their service, the Tirailleurs faced difficulties in discharge and repatriation, poor camping conditions, and were denied pay for months. That led to revolts, most notably the Thiaroye massacre in 1944, when French forces shot and killed between 35 (according to official French records) and 300 (according to war veterans) Tirailleurs. What’s more, they were denied the status of equal French citizens, despite being promised to receive it.