Destroyed Reichstag building after the fall of Berlin 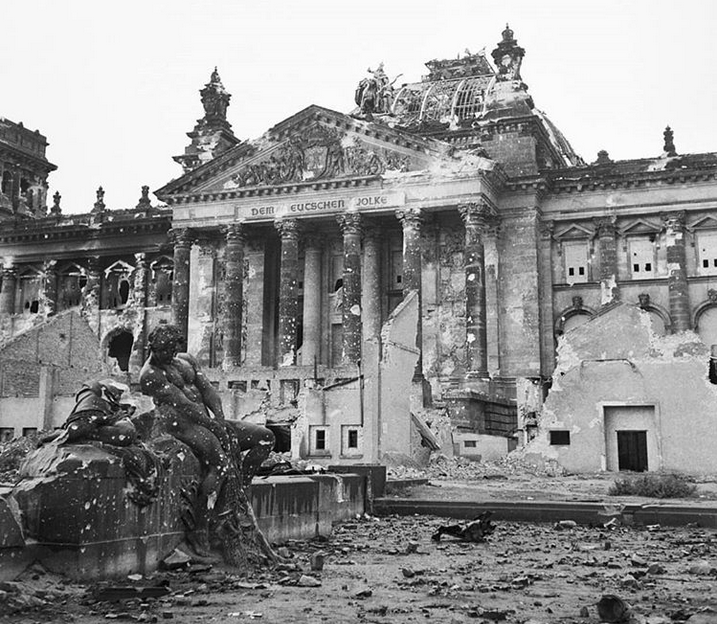 Destroyed Reichstag building on June 3rd, 1945, one month after the fall of Berlin.

The Reichstag was used by the German parliament until it was set on fire by communist Marinus van der Lubbe in 1933 – an event which the Nazi Party used to gain power just a few weeks later. Subsequent to the fire, the building was no longer used. While it is generally accepted that Van Der Lubbe acted alone, the topic is still up for debate.

During the Battle of Berlin in 1945, Soviet forces placed the building under siege, but needed almost three days to capture it (April 30th – May 2nd). There were two days of brutal room to room fighting inside, as German soldiers made brilliant strategic use of the building’s state of degradation. Eventually, the Soviet soldiers rose their flag over the Reichstag on May 3rd, one day after they had captured it. 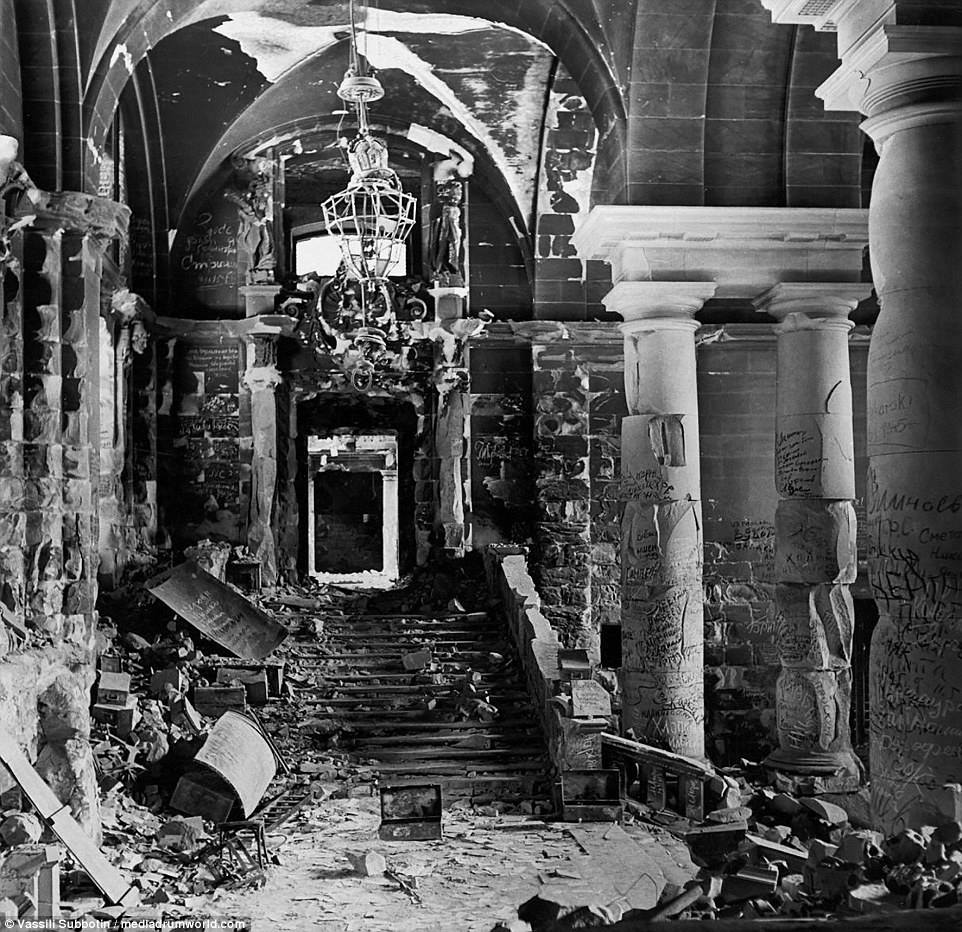 📖 We stormed the Reichstag (Vassili Subbotin, 2017)

The suggested read above is one of the very few books which focuses almost solely on the battle for the Reichstag. It also includes a lot of rare, fascinating photographs taken by Subbotin, who was a war correspondent at that time and place.