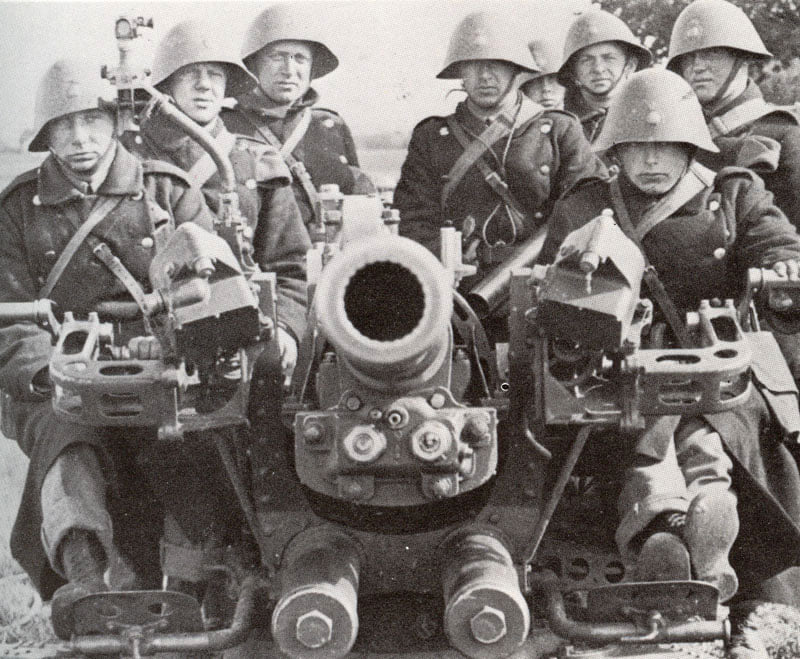 Danish soldiers manning an anti-aircraft gun during training, sometime in 1940.

Note the distinctive shape of the M/23 helmet, used by the Royal Danish Army during World War II.

Denmark was invaded by Germany on April 9th, 1940, and surrendered just two hours after the start of the invasion, as the Danish government realized that resistance would be futile. As such, the country was able to negotiate favorable and collaborative terms with the occupying German forces.

A total of 16 Danish soldiers have died during the invasion.