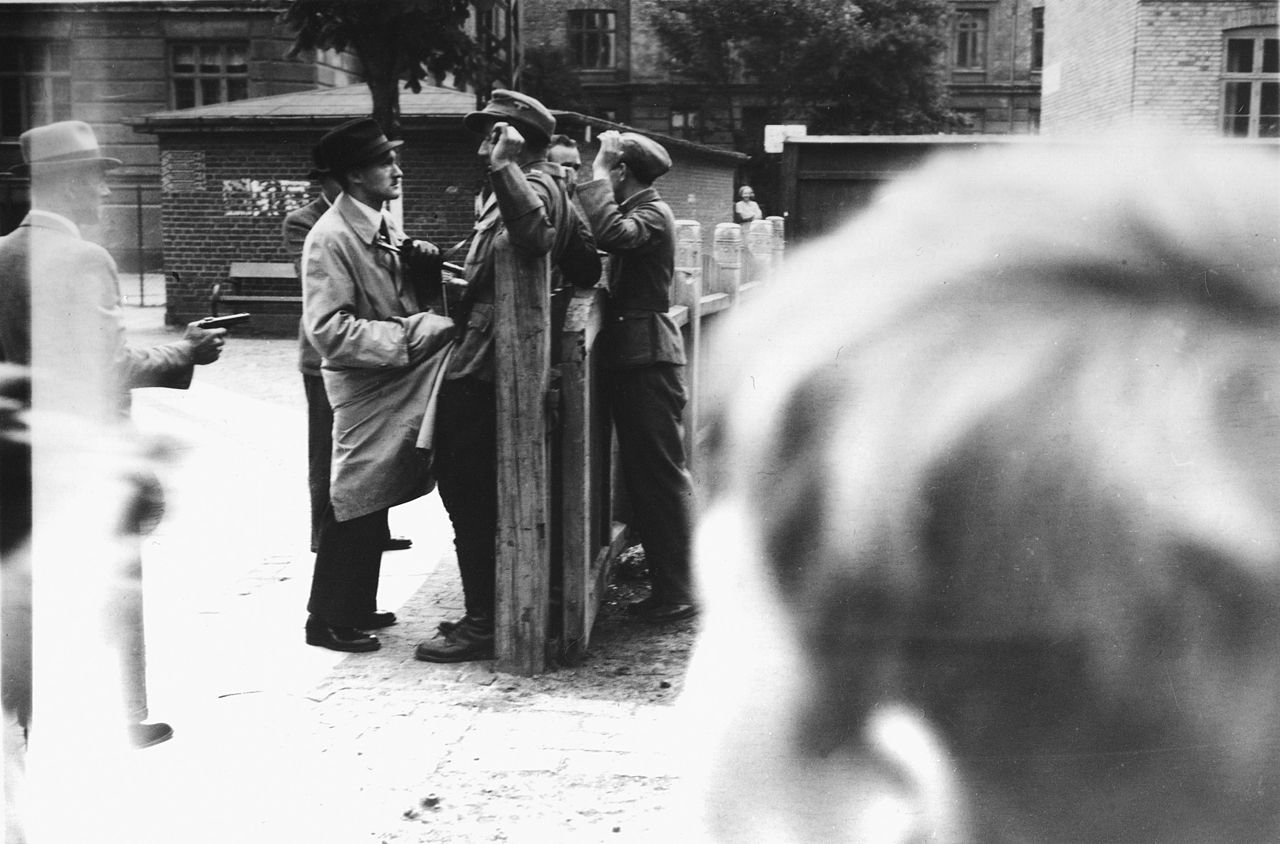 Danish resistance members hold up German SS soldiers at gunpoint and disarm them in Copenhagen, sometime in 1945.

Resistance against German occupation increased steadily in Denmark starting with the Autumn of 1942, but the country was not liberated until May 5th, 1945 – two days before Germany officially capitulated.