Danish Jews escaping to Sweden via boat in 1943 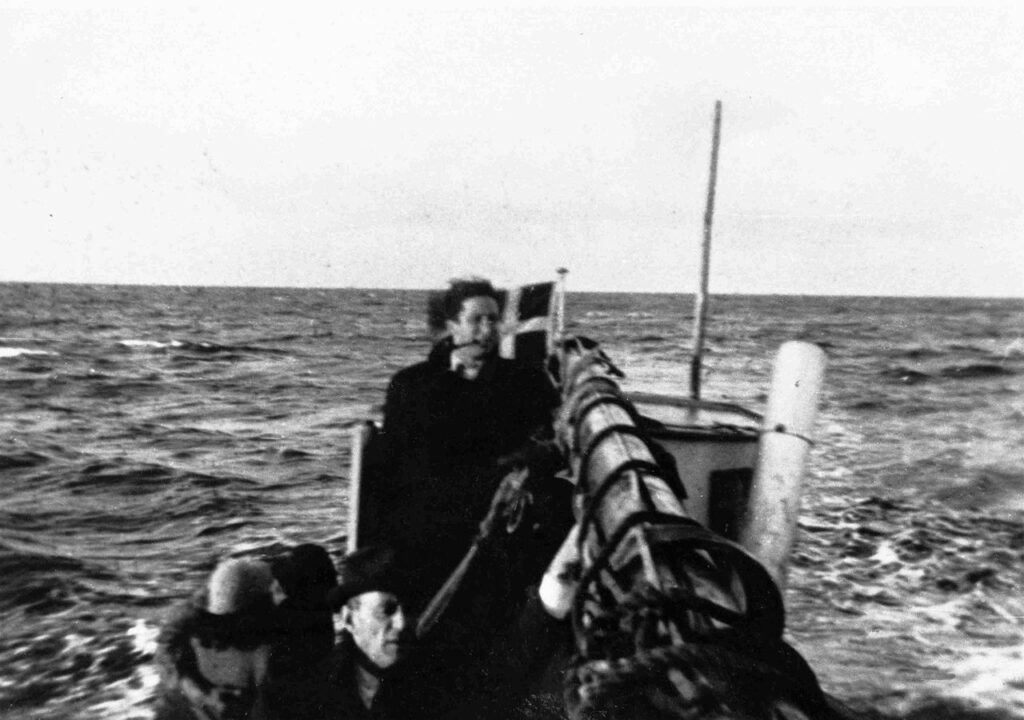 Danish Jews on a boat to Sweden in September – October 1943. Picture taken by one of the refugees.

Due to the commendable collective efforts of Danish citizens, over 99% of Denmark’s Jewish population survived the war.

The Danish resistance movement managed to evacuate no less than 7220 out of 7800 Jews in the country, as well as almost 700 non-Jewish wives and husbands.

The rescue operation was carried out by sea, with Jewish people being transported to neutral Sweden. It started on September 28th 1943, three days before Adolf Hitler ordered Danish Jews to be arrested and deported. The Danish resistance managed to get their hands on this information in advance, thus gaining a head start in planning and undergoing the transfer.

Denmark received much praise for the handling of this situation, and deservingly so.

📖 A Conspiracy Of Decency: The Rescue Of The Danish Jews During World War II (Emmy E. Werner, 2002)