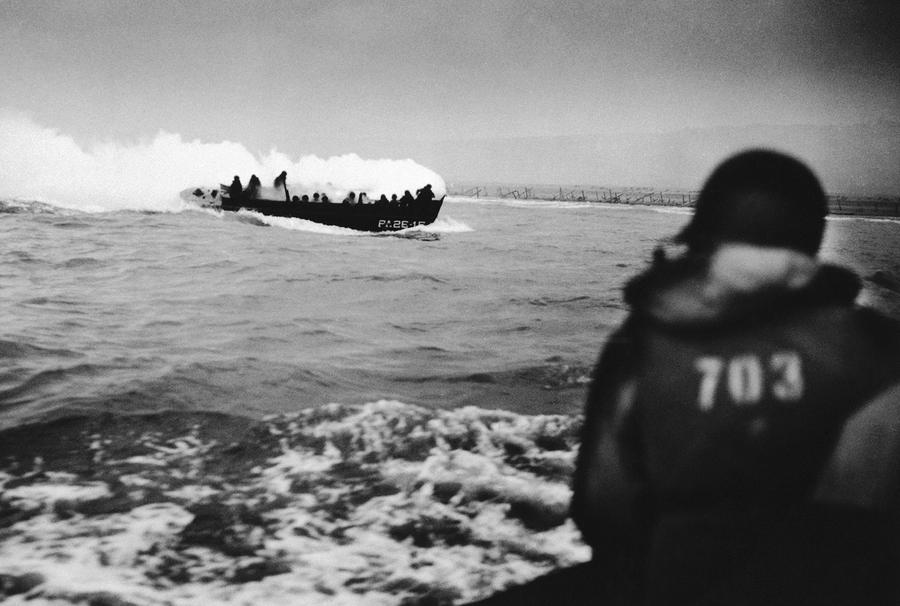 Smoke can be seen coming out of the boat, reportedly caused by a soldier’s hand grenade being set off by German machine gun fire!

Despite the eventual success of the landings in Normandy, and despite the fact that Germany initially expected the invasion to take place elsewhere, the allies encountered stern and heroic resistance from the shorthanded German forces.

📖 The Germans in Normandy (Richard Hargreaves, 2006)