Crater on the Old Trafford ground during the German Blitz campaign, 1940 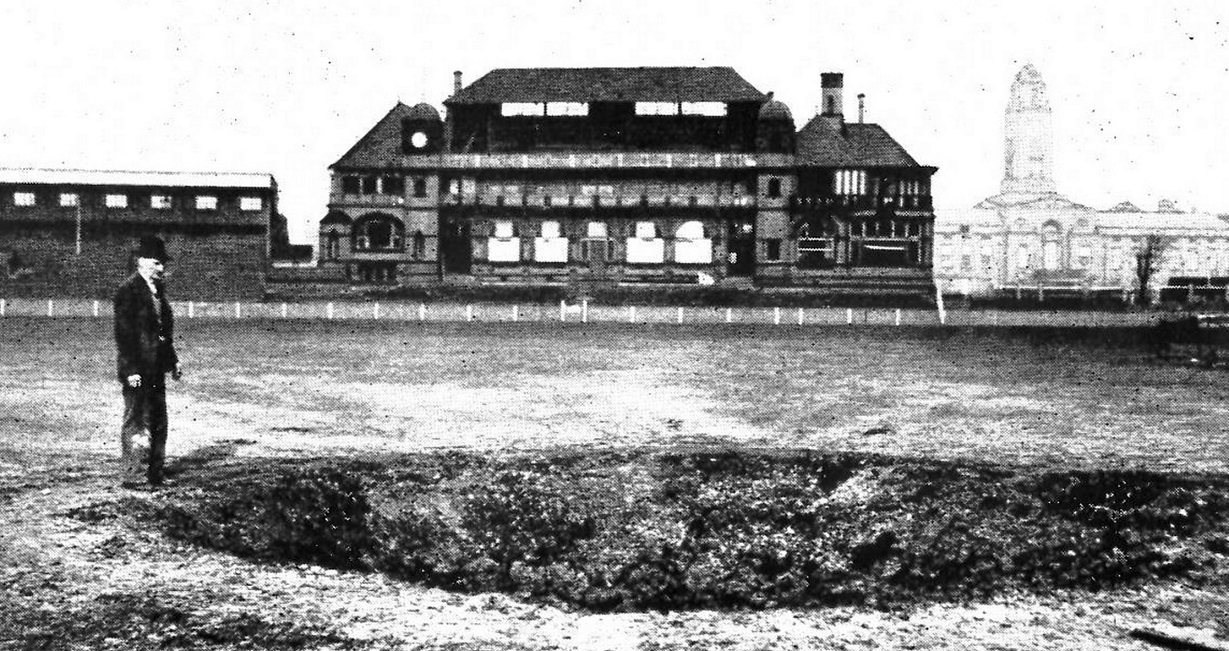 A groundsman inspects a crater in the middle of the pitch after a German bombing raid on December 22nd, 1941. The damage forced Manchester United to have one home game moved.

The German Blitz bombing campaign of Great Britain took place between September 1940 and May 1941.

Old Trafford was used as a military depot at the start of the war, but football was still played there until March 11th, 1941, when another Blitz raid destroyed much of the stadium. That forced Manchester United to play their home games at Maine Road, ground of rivals Manchester City, for the rest of the war years.

📖 Soccer at War 1939-45: The Complete Record of British Football and Footballers During the Second World War (Jack Rollin, 2005)