Chinese soldiers at a riverbank near Changde, 1943 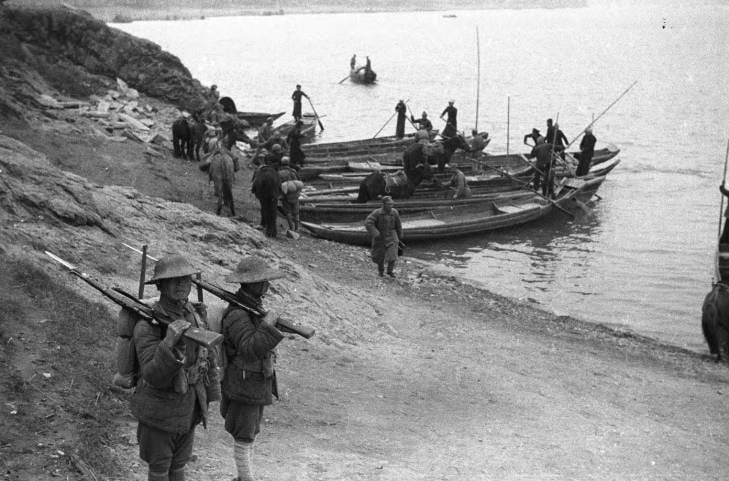 Chinese soldiers photographed at a riverbank in (or near) Changde, Hunan Province, December 1943.

The Battle of Changde (2 November 1943 – 20 December 1943) was a major conflict in the Second Sino-Japanese War, most recognized for the use of chemical weapons by the Imperial Japanese Army.

The Japanese were initially successful in capturing part of the city, but were eventually forced to withdraw by January 1944.